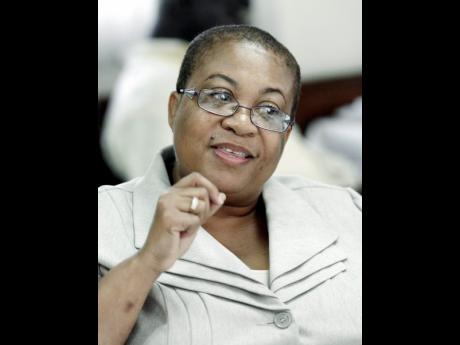 The Jamaican market occupies the seventh spot, down from first place at year end 2015, buts its pole position has led to increased interest from overseas.

"I am pleased that the JSE is still within the top ten performance for this year and can only say that we expect a good year, especially with consumer and business confidence still positive, and the feedback from investors and potential investors both in Jamaica and the diaspora," said JSE General Manager Marlene Street Forrest in response to queries on the downward move.

Hungary leads the world with gains of just under 11 per cent year to date, while over the same period, the JSE gained just under six per cent on the index, according to a Gleaner analysis utilising data from financial-research company Bloomberg.

Over 52 weeks ending June 10, 2016, the JSE's gains totalled some 65 per cent which equates to topping the 92 markets, according to Bloomberg data. The Jamaican market is well ahead of the second in line, Latvia, which gained 43 per cent in value in the last year.

So far this year, the JSE has had four new preference share listings on the main market and six junior company listings. Another main market listing is pending. At the same time, two companies that were acquired last year were taken private, while two prefs were redeemed and delisted.

The market has seen two stock splits in 2016, Pan-Jam and Honey Bun, while a third, GraceKennedy, is pending, subject to shareholder approval. The splits are supposed to make the stocks more liquid, which means the shares should trade more often.

"The index has grown year-on-year mainly because investors believe that some of the stocks are still undervalued, and especially with the junior market companies, these are considered growth stocks and we have seen the positive performance of so many of these companies," said Street Forrest.

In 2015, the performance of the JSE was driven by several factors, including the stable macroeconomic conditions, low oil prices, positive performance of companies listed on the market and large transactions such as the Desnoes & Geddes and Dolphin Cove acquisitions.

The JSE head said the exchange has benefited from the global exposure resulting from its 2015 performance even though no overseas deals have flowed in to date.

"More investors have decided to look at Jamaica and the opportunities that are available, either through investing or raising capital. We have had inquiries from so many countries now. Fund managers in North America are taking a closer look at investing in the market and using our other services for support," said Street Forrest.