Walter Molano | Russia: Against the odds 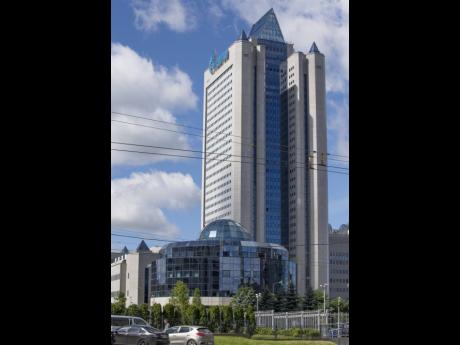 AP
The headquarters of Russia's state-run natural gas giant Gazprom in Moscow. Russia needs oil prices to return to US$82 per barrel to balance its books.

After meeting officials in Kiev, we continued to Moscow.

The diplomatic confrontation caused by the war between Russia and Ukraine has had serious trade implications on both goods and services. There are no longer direct flights between the two capitals. This has given Minsk a nice boost in the arm, by becoming the transit hub between them.

Halfway through the short flight to Minsk, the Chernobyl sarcophagus twinkled in the spring sun, reminding me of the hardships and challenges that these countries bring upon themselves and still manage to overcome.

The deep nexus between Belarus and Russia was ardently confirmed when we went through Russian passport control in Minsk, thus allowing us to fly into the local terminal of Domodedovo Airport in Moscow.

Belarus has always been treated as a natural appendage of Russia, and nothing has changed. Upon our arrival in Moscow, I expected to encounter a sombre scene, similar to what I encountered when I first visited in 1999.

At that time, the economy was reeling from the devaluation of the rouble, the partial default of the sovereign debt and a deep economic crisis.

This time, the macro conditions were not too different. A collapse in commodity prices, western sanctions, self-imposed sanctions and a war with its neighbour led to a GDP decline of 3.7 per cent y/y in 2015. Economic activity dropped 1.2 per cent y/y during the first quarter of this year.

Yet, there were no visible signs of adversity. On the contrary, the traffic in Moscow was a nightmare. The city centre was in flux, with major public work projects under way. Successive waves of restaurants were opening every day, brimming with new products and traditional dishes.

Like the United States and Brazil, Russia is a country that is always at its best when it is at its worst. After decades of suffering the effects of Stalinism, a global depression and famine, it was still able to coalesce into the most formidable army in the world during World War II and push back the German invasion.

This time again, it has been able to turn back the odds and come through this crisis with flying colours.

Russia was one of the best performing markets in 2015. One of the reasons was due to the effects of the sanctions. Billions of Russian-held dollars fled Europe and the US, flooding the local financial system with liquidity.

At the same time, hard-currency revenues produced by exporters, such as Gazprom and Rosneft, were deposited locally instead of abroad. This forced asset managers, bank treasurers and private bankers to purchase Russian dollar-denominated assets, such as corporate eurobonds.

In a similar way of converting adversity into an opportunity, the self-imposed sanctions on European agricultural products sparked a wave of import substitution.

Some comedians and media services used it as a chance to poke fun at the idea of Russian-made Mozzarella di Bufala, but the reality is that the country underwent an impressive import-substitution industrialisation process. Significant changes were made.

As much as Hollywood may paint the country as a frozen tundra, it sits at similar latitudes and has a similar weather pattern to the US Midwest, which is considered to be the breadbasket of the world.

It is not surprising that the new crop of restaurants populating Moscow have a market-feel, with large open kitchens and shelves brimming with vegetables and meat. But, on close inspection, they are mainly stocked with locally sourced products, thus confirming the import-substitution phenomena.

Emerging market policymakers have clearly developed a manual on how to deal with external shocks, after enduring several waves of external-led crises. They devalue the currency, hike interest rates, husband international reserves and tighten fiscal policy.

Russia is no different. The central bank allowed the rouble to drop, reaching the mid-80s last year. Now, it is hovering in the low sixties. This has stabilised the current account. Russia posted a current account surplus of US$11.7 billion during the first quarter of this year, despite the collapse in commodity prices.

The hike in interest rates kept inflation in check. It will be about 6.5 per cent this year, and should drop to 4 per cent next year.

Of course, the recovery in oil prices will spur the economy along. The country ideally needs oil prices of US$82 per barrel to balance its books. In the meantime, the fiscal deficit will crest at 3.4 per cent of GDP this year. It should decline going forward.

The combination of these factors will allow the economy to expand faster, reaching 4 per cent y/y in 2020. Russia has been able to face down the odds and confront another crisis.