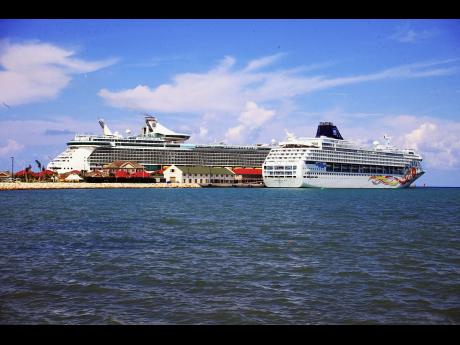 Cruise ships docked at the Historic Port of Falmouth. 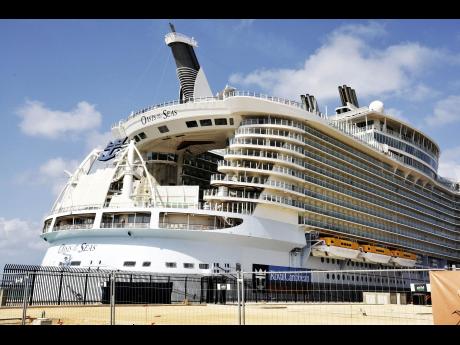 Royal Caribbean’s Oasis of the Seas on its first call to the Historic Falmouth Cruise Port in March 2011.
1
2

Royal Caribbean Cruises Limited and subsidiary Falmouth Jamaica Land Company have failed in their bid to deny disclosure of contractual arrangements with the Port Authority of Jamaica (PAJ), largely because they were a day late filing court documents.

The judgment provides no reference to the contracts sought by Jamaica Environment Trust (JET), but Falmouth Jamaica Land Company is connected to the Port of Falmouth in Trelawny, which was developed under joint venture between the Port Authority and Royal Caribbean.

The Court of Appeal agreed with a Supreme Court judge’s decision that a claim for judicial review filed by Royal Caribbean Cruises and Falmouth Jamaica was submitted too late and refused their application for leave to appeal.

The case was determined on June 24.

JET’s attorney Nastassia Robinson told Wednesday Business that as a result of the Court of Appeal ruling, the Port Authority is now obliged to hand over the contract documents, and that the environment watchdog has since written to the state agency requesting them.

Court of Appeal Justice Paulette Williams, in summing up the case, said Royal Caribbean Cruises and Falmouth Jamaica entered into contracts with the PAJ, but the court papers did not say when – nor what the contracts entailed. JET requested disclosure of the documents but was denied by the Port Authority.

The environment agency appealed to the Access to Information Appeal Tribunal, which ruled in its favour. The tribunal handed down a written decision on April 13, 2015.

The following month, Royal Caribbean Cruises and Falmouth Jamaica Land Company sought permission to apply for judicial review of the tribunal’s decision, which was granted on July 7, 2015 by Supreme Court Justice David Batts.

Royal Caribbean Cruises and Falmouth Jamaica filed their fixed-date claim form two weeks later on July 22, and served papers on the Access to Information Appeal Tribunal four months after that on November 11. PAJ and JET were served, as interested parties, the next day.

On November 16, the Appeal Tribunal filed an application questioning the court’s jurisdiction on technical grounds and seeking an order for the Royal Caribbean-Falmouth Jamaica claim to be struck out. The tribunal also argued that the claim was filed outside of the 14-day period set out in the court’s Civil Procedure Rules.

On March 14, 2016, Justice Sonia Bertram-Linton ruled in favour of the Appeal Tribunal. She found that since leave was granted on July 7, 2015, the claim having been filed on July 22, it fell “outside of the period stated in the precondition, the leave had lapsed, that lapse is fatal to the proceedings, the claim is therefore a nullity and the court has no jurisdiction to deal with it”.

It was effectively a rejection of the argument submitted by attorney Hadrian Christie on behalf of Royal Caribbean Cruises and Falmouth Jamaica Land Company that the date the order was granted should not be counted in the 14-day period.

Christie, whose submission was adopted by Dr Lloyd Barnett, the attorney representing the Port Authority, argued that since the order was made on July 7, computation should start on July 8 and end on July 21, which would represent 14 clear days.

However, Sandra Minott-Phillips, QC, who represented the Access to Information Appeal Tribunal, was adamant that the claim was filed out of time.

By a majority decision – Justice Almarie Sinclair-Haynes dissented – the Court of Appeal found that Justice Bertram-Linton was correct in finding that filing on July 22 meant filing on the 15th day, which was outside of the period and that the leave had accordingly lapsed.

For that reason, the Court of Appeal panel, which included Justice Patrick Brooks, said the application for leave to appeal the orders made by Justice Bertram-Linton should be refused with costs to the Access to Information Tribunal.