David Jessop | Millennials turning away from cruises and casinos 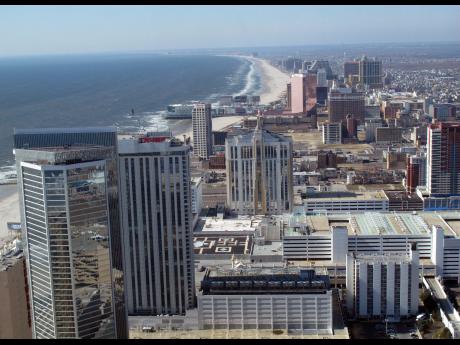 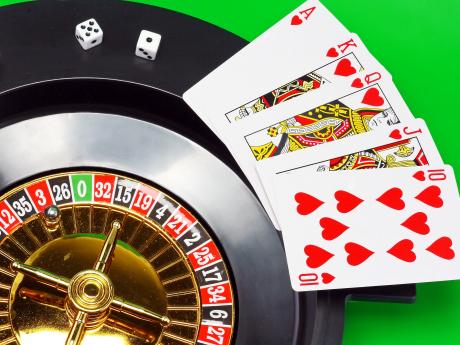 Although the definition is quite loose, the expression 'millennial' is usually used to mean those who were born between 1980 and the mid-2000s.

In many parts of the western hemisphere, this group now proportionately makes up the largest generation, accounting, for instance, in the US, for around one-third of the country's spending power, far exceeding the other much sought-after visitor category, the now ageing baby boomers.

For the Caribbean, millennials are a crucial must-reach tourist segment if the industry is to have a sustainable economic future. As a consequence, many tourist boards and properties have been adapting their marketing to reflect more closely the lifestyle and aspirations of this valuable group.

Typically, millennials are proportionately better educated than previous generations, have grown up with the Internet, are value-for-money conscious, and when it comes to vacations, are higher spending and most important, are seeking the authentic and, genuine.

While destinations, hotels, and attractions are beginning to adapt to provide what this market segment is seeking, it is a development that is giving sleepless nights to two separate, but sometimes linked, parts of the industry, which, up to now, have been taken as a given: cruising and casinos.

According to the gambling- and casino-industry trade press, millennials do not gamble much, do not visit casinos, despite what the glossy industry adverts purport to show, and, more generally, are looking for a different kind of experience.

What such publications make clear is that hotels in the Caribbean and elsewhere that make casinos a central part of the tourism product, or regard them as a key revenue source, will have to review what they are offering and try to determine how they might, in future, better relate to the changed enthusiasms of the higher-spending millennial part of the tourist spectrum.

Industry studies suggest that what millennials are looking for is a fuller experience than a casino can offer and immersion of the kind available in video games, according to an article in the online publication The Motley Fool by Jeff Hwang, an investor in gaming and games inventor, who described in detail why millennials don't gamble.

Hwang made a number of interesting points. Millennials, he wrote, find the current slot machine product uninteresting. They want to be engaged and empowered; they require a degree of control over outcomes; they prefer night clubs to casino gambling; and are more interested in online gaming, poker, and daily fantasy sports. He also says that millennials are seeking skill-based games, want experiences, need to be social, and demand fairness.

In response, the gaming industry has been trying to lure millennials to gamble through online gambling and games. However, they have failed to match this when it comes to the ways casinos present themselves or the financial return those using them receive there.

Statistics from the US gaming industry confirm this and note that there has been a consistent decline in gambling by millennials. One indication is Las Vegas, where, in the 1990s, 58 per cent resort revenues came from gambling, but by 2015, this figure had fallen to around 37 per cent, with visitors now regarding the city as being as much an opportunity for nightlife, shopping and entertainment.

For millennials, surveys show that the issue of not visiting casinos is social. They describe, in surveys, the facilities as being unattractive, empty, and devoid of genuine social interaction.

All of which will come as no surprise to anyone who has ever stayed in a Caribbean resort with a large casino in which, even at five in the morning, individuals are giving their money away in a darkened neon-lit facility, unrelated to the sunrise or the natural beauty or sociability of the real Caribbean existing just hundreds of metres away.

The cruise industry has also recognised that it faces a similar problem when it comes to millennials.

Despite the appearance of having a much older demographic, the average age of travellers vacationing on cruise ships in 2014, in fact, was 49, according to the Cruise Lines International Association. Despite this all of the cruise lines recognise they are facing a generational challenge.

Like the gaming industry, they worry about how to change their image and the product so that, in their case, seaborne vacations have a broader appeal, particularly to the higher spending younger visitors that many Caribbean destinations have been successful in attracting?

Cruise industry analysts make the case that if it cannot change its demographic and offering, it will soon begin to struggle to ensure the profitability of the hugely expensive new ships costing billions of dollars that it is building.

In response, some of the leading cruise lines have recognised that as the post second World War baby boomer generation fades from view, they must attract a younger group of travellers. particularly millennials and families.

They are aware that to do so, they will have to offer experience, authenticity and connectivity, reconceptualise on-board facilities, entertainment, the nature of shore excursions, and in some cases, the whole concept of a cruise.

In this latter respect, what is emerging are new types of millennial targeted cruises in which the on-board experience is as important as where is being visited.

Carnival Cruise Line's Fathom brand and the kind of lifestyle cruise offered by Summit at Sea provide two very different indications of where a part of the cruise market is headed.

Fathom is a one-ship line that 'encourages volunteerism and social support.' It has begun cruising to Cuba and the Dominican Republic, offering, in the case of Cuba, artistic, educational and other activities such as visits to organic farms, visits with Cuban artists and authors, and walking tours. It also has 'on-board experiences', including discussions about history, culture, food and entertainment, as well as making available Cuban literature and Cuban films. Unlike most other cruises, it does not have a casino.

Even more targeted is a concept developed by Summit at Sea which has been operating since 2011 out of Miami.

According to an online blog, it is invite only, and mixes 25-40-year-old entrepreneurs, artists, musicians and people involved in interesting projects. In fact, the type of individuals that most Caribbean investment agencies would like to reach.

This should all be food for thought for the region's tourist boards, hoteliers, as well as governments and the industry, more generally.

The tourism market is undergoing generational change and while the typical casino or cruise ship customer is not going to alter suddenly, millennials and their thinking will require new forms of response if the Caribbean is to retain this segment of higher spending visitor.