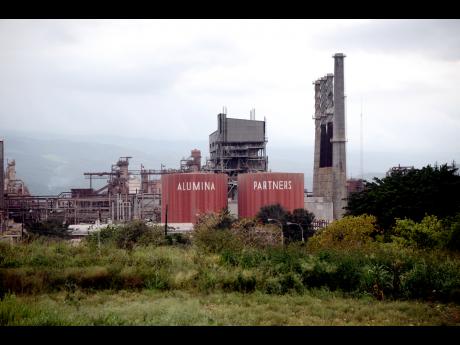 Norman Grindley
The Alpart plant in Nain, St Elizabeth has been sold for US$300m.

In a separate pact with the Jamaican Government, JISCO agreed to the rehabilitation and expansion of the plant and its conversion to 500,000-tonne-a-year aluminium smelter, industry sources say.

The inking of the agreements happened in Beijing, where Jamaica's mining minister, Mike Henry, and his energy colleague Andrew Wheatley have been having talks with Rusal, JISCO, as well as the Development Bank of China. The bank, according to Gleaner Business sources, has signalled a willingness to commit, over the next several years, up to US$2 billion to the project.

An abundance of cheap energy is a critical ingredient in aluminium smelting, and its absence in Jamaica has, for decades, been a barrier to the country's ambition to convert its bauxite through all the stages to the production of the metal, contributing to caution, if not outright scepticism, that it can now be achieved, despite acceptance of Jinquan Steel's cutting-edge production technologies and its plan to use coal-fired power with which to drive the smelter.

"Put it this way, they are a highly efficient group, but moving to aluminium smelting (in Jamaica) is an objective that has to prove its economic and environment feasibility," said a source who is highly knowledgeable about the global industry, knows of JISCO's plans for Jamaica, and concluded that their facilities and technologies were "very impressive" when he visited them.

This analyst argued that Jamaica should approach any plan for the Alpart refinery - which has been mothballed for seven years in face of a soft market for alumina and its relative efficiency compared to global competitors - on a sequential basis. Jamaica, he said, should insist first on its rehabilitation and expansion to the proposed two million tonnes annually - a capacity for which Alpart controls bauxite reserves for 30 years.

"At that level, you are talking about alumina exports valued at around US$500 million a year," he explained.

But Jamaica, which in the 1970s unsuccessfully explored aluminium smelting arrangements, jointly with Venezuela, and Mexico, under a scheme dubbed Javamex, and separately with Trinidad & Tobago, is keen to have another go at pushing its industry up the value chain and has been having talks since last year across administrations, with Jinquan, which apparently seems that country as an ideal location for forays into markets in the Americas.

"Their idea is to establish a 1,000-megawatt coal-fired electricity plant to power that facility and to do the alumina reductions," according to another source who was close to the early negotiations with the Chinese company. "They also contemplate a plant to produce steel. They have the technology to do it economically, efficiently and cleanly."

Apparently anticipating the environmental concerns that will accompany any proposal for coal-fired power plants in Jamaica, and especially such a massive one, officials from the National Environment and Planning Agency (NEPA) travelled with Ministers Henry and Wheatley for talks with JISCO and to review their technologies.

"NEPA will have to have a big role in ensuring that everything meets environmental specifications," said the independent analyst.

The pending sale of Alpart was previously disclosed at the top of this year. However the signing Tuesday comes a bit earlier than the current government signalled. In a one-liner in his Sectoral debate contribution this year, Industry, Commerce and Agriculture Minister Karl Samuda said a deal was expected by August.

On Tuesday, a release out of Beijing indicated that former mining minister Phillip Paulwell was also present at the signing.