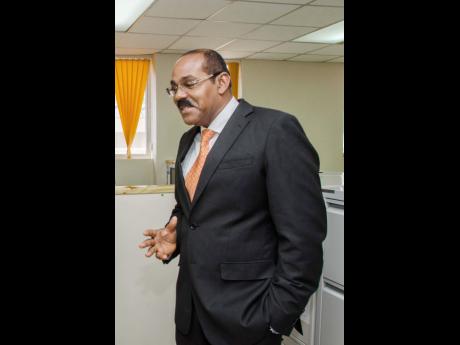 The Antigua & Barbuda government says it has dismissed a proposal by the United States to end their long-running dispute over Internet gaming and said Washington now owes the island in excess of US$200 million.

Prime Minister Gaston Browne, in a radio and television broadcast to the nation on Monday night, said that the twin island cannot be deprived of the money owed to it and is adopting a new strategy in a bid to recover the funds.

He told the nation that since his party was returned to office in June 2014, it has engaged the US authorities in discussions "but the Cabinet has agreed that proposals put to us by the US authorities do not represent a serious commitment to resolve the issue.

"By comparison with the sum of over US$200 million that our country has lost, and that has been awarded to us by the highest competent international authority, the proposals from the US are regrettably paltry.

"Therefore, we have not been able to accept them. It is instructive that, while our country has received nothing so far, the US benefited by hundreds of millions of dollars from penalties and fines derived from prosecuting Internet gaming operators who were located in Antigua and Barbuda.

"We will make further efforts to negotiate an acceptable solution with the US, but, like every other citizen and resident of our nation, our patience is wearing thin," Browne said.

Antigua and Barbuda has criticised the United States since 1998 for breaching its commitments to members of the World Trade Organization (WTO), under the General Agreement on Trade in Services by enacting laws that prevented foreign-based operators from offering gambling and betting services to its citizens.

In 2005, the WTO ruled that Washington had violated international trade agreements by prohibiting operation of offshore Internet gambling sites. Antigua claimed that it lost US$3.4 billion a year due to the US action, but the WTO awarded the island US$21 million.

But in its final ruling, the Geneva-based WTO allowed Antigua and Barbuda to suspend certain concessions and obligations it has under international law to the United States in respect of intellectual property rights.

In September 2014, the Browne administration said that it was seeking US$100 million to settle the dispute, admitting that while the figure represents a reduction on what St John's had originally been demanding, it is negotiable and could be a mixture of cash and kind.

A notice posted on the website of the World Trade Organization announced the new proposal from St John's.

But while it gave no details, it said that Antigua and Barbuda had "reiterated its concern that it had not yet received any settlement proposal or other communication from the United States".

In his broadcast on Monday night, Prime Minister Browne gave a history of the 12-year-old dispute and defended the decision to take the matter to the WTO.

gaming industry that employed a large number of our computer-

literate people and earned significant sums for our economy.

We had a duty of care to our people," Browne said, accusing Washington of adopting a "unilateral action of prohibiting entry to its territory of Internet gaming from Antigua and Barbuda, and indeed prosecuting many of the Internet gaming operators.

"In very short order, our country lost lucrative jobs for our people, and significant revenues to our national Treasury," he added.

Browne said he is now instructing the island's ambassador in Washington, Sir Ronald Sanders, who was the Ambassador to the WTO when this case was first won in 2004, to renew negotiations with US agencies as early as possible.

"We are not asking for anything more than that which we have lost, and to which we are entitled in accordance with the rules of the WTO.

"We hope that the US authorities will agree now to an expeditious settlement or we may have to consider implementing the enforcement options, including measures authorised by the WTO to suspend protections of US intellectual property rights."

Prime Minister Browne said that "this is not our preferred option and we hope that we will not be forced to exercise it, but we will if necessary.

"President Barack Obama has said on more than one occasion that, in the conduct of international relations, 'might is not right', and not because countries are small that larger ones 'should just elbow them aside'.

"We agree with President Obama and with the culture of fairness that we know characterises the American people. We will invoke those principles in our negotiations with the US agencies as two friendly countries with a history of cooperation and collaboration."

But Browne said that the matter "has drawn on for too long to the severe disadvantage of the people of Antigua and Barbuda.

"It must now be resolved and we are prepared to pursue the remedies as authorised by the WTO in the interest of fairness," Prime Minister Browne told the nation.