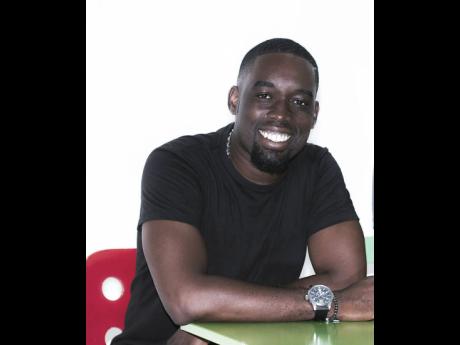 Like a lot of Jamaicans, I've been tuning in quite regularly to the American TV series Power and from my rudimentary research, the reviews seem to be quite positive.

I didn't realise how positive until I saw the ratings numbers for the show with a largely black cast airing on a channel not usually noted for its original programming - 2.26 million viewers during the Season 3 premiere, representing a 58 per cent jump from last season and a 209 per cent increase from the Season 1 premiere.

Original programming is a relatively new step for a network like Starz, but it was a completely necessary one. When I was growing up, I used to love going to my Dad's for summers because it meant that I would be watching the 'latest' movies on Starz, Cinemax and HBO, but technology soon started to intervene.

Video cassette rentals were always competition for channels like the ones mentioned above, but those made way for DVDs which didn't require one to sit through the agonising 90 seconds of rewinding and the even more annoying intermittent fast-forwarding. But the Internet has kicked over the proverbial apple cart and Starz had to adjust. Sure, they still push their 'latest movies' after everyone has watched them, but high-quality original programming represents an opportunity to grab the attention of more people.

This is why it's weird that our local TV stations seem to be temporally displaced. Their approach to programming is being executed in 2016, but it seems firmly rooted in 1996.

Let's look at the 'exclusivising' (totally not a real word) of American TV programming like Suits or Scandal. You might have seen the huge social media outcry when people realised that they couldn't watch their favourite shows at the time that the rest of the world was watching it.

POWER OF THE INTERNET

The Jamaican TV network had attempted to force people to watch the programme on their network. I can't speak to the numbers but, from the chatter, it seems people found a way to watch it when they wanted to watch it. The loophole here? The Internet, of course.

Streaming sites are abundant, torrent sites even more so, and Android TV boxes are becoming even more prevalent as Jamaicans find ways to watch what they want to watch, when they want to watch it. TVJ and CVM cannot make up the distance between themselves and their competitors for attention by operating the way that they are. They can maintain the gap for a while by spending more and more money on the sense of exclusivity, but that will eventually slip as Internet speeds get better and streaming options multiply.

The solution is not cheap, but it is easy enough to implement because we already have the raw material here in Jamaica. It is absolutely imperative and wholly necessary that the TV stations commit a great deal of their efforts into the facilitation of the production of original Jamaican content.

The rationale is not far-fetched in the least. TVJ's highest rated programmes, such as the news and sports, 'ER', 'Magnum Kings and Queens', 'Wray and Nephew Contender', 'School's Challenge Quiz', etc, are all locally produced and feature local talent. It seems counterintuitive that the investment should be spent chasing the ghost of exclusivity when shifting a portion of that investment into local production would yield the greater medium- and long-term benefit.

Simply, why spend money to procure programming that the viewing population can view elsewhere, when you can produce content where you are the only provider? Let's look at local radio, for example. Even with all of the other options for people to find audio content - YouTube, SoundCloud, podcasts, etc - radio has proved to be particularly resilient. This is simply because they have exclusive Jamaican content, because they still get Jamaican music first and music producers still recognise their value.

Of course, the obvious objection to all of what I'm proposing is that it's a lot more expensive to produce video. That is true, but our model in Jamaica has to change to accommodate more efficient and collaborative content production. What most people don't know or realise is the way in which TV shows are commissioned in Jamaica is completely different from in the United States.

In our model, only producers who are savvy enough to garner corporate backing can think about purchasing the time to air their content.

Make no mistake, Jamaica has budding and established storytellers, directors, producers, cinematographers and technical staff by the dozens, but the options for a platform are limited. There are hundreds of stories buzzing around in people's heads that are looking for a place to explode into life. Why can't we shift the model around? Why must we be subjected to Indian TV shows with extremely long shots of people just staring?

Why can't we have four original TV shows premiering in 2017 that cover comedy, drama, and maybe a mix between the two? Why do we have to wait until corporate Jamaica sees an opportunity to advertise before locally produced programmes get the sheen of a 'NCB Capital Quest', for example?

If the investment and the planning is right, we can have our own Jamaican slate of programming that Jamaicans will want to tune into, and with our TV stations all pushing online alternatives to the diaspora, the audience increases dramatically.

Imagine Jamaicans all over the world tuning in to catch the premiere of a Jamaican drama about the effects of lotto scamming and the efforts of the police to curb the tide. Imagine the social media chatter that would be generated and then imagine the willingness of a GraceKennedy, for example, to place an ad in that programme that they know will be seen by an audience of millions.

I can't see the downside for any of us, unless we really just enjoy people cussing on social media and turning on their computers to watch that 'local station exclusive'.