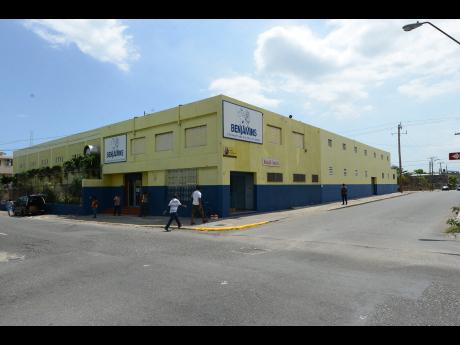 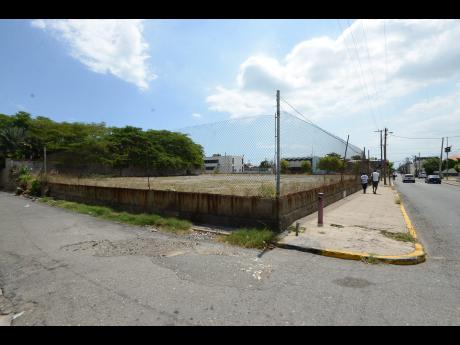 Ian Allen
This lot in downtown Kingston will be incorporated in the expansion plans for the P.A. Benjamin complex.
1
2

P.A. Benjamin Manufacturing Company is pouring around half-billion dollars into the expansion of its complex in downtown Kingston where it has operated for 136 years.

The company needs to expand floor space amid a realignment of its operations to meet international standards.

The project, estimated at $450 million to $550 million, will incorporate an unused lot nearby P.A. Benjamin's East Street plant.

Chairman and Chief Executive Errol Powell told Financial Gleaner the vacant lot at 90 Duke Street will be folded into the company's new structure, allowing another 23,000 square feet to be added to the existing 29,800-square-foot complex at East Street.

But in order to reach its desired floor space, the company will also have to enclose the section of Johns Lane that separates the back of its East Street location and the vacant lot, which the company acquired 30 years ago "in anticipation of the time when we would have to expand our business," Powell said.

Powell indicated that the current expansion plans have been at least nine years in the making.

"In 2007, we started planning for this expansion and had the designs done up. Then, in 2008, the Government gave notice of its intention to compulsorily acquire lot as they had a plan to expand Gordon House to incorporate 90 Duke Street, as well as our current building," he said.

However, with the focus no longer on expanding the parliamentary building, P.A. Benjamin moved ahead with its own plans to spread the plant across the lots, he said.

Amid the physical upgrades, the manufacturer of food flavours and pharmaceuticals under the Benjamins brand is also lining up to boost production capacity to push for greater exports, the chairman said.

Powell said the additional space would allow P.A. Benjamin to grow output by about 70 per cent and create a more modern plant able to meet Hazard Analysis Critical Control Point (HACCP), US Food and Drug Administration (FDA) and ISO 9000 specifications, among others, he said.

The 97 East Street location "is now urgently in need of upgrading," he said.

"The physical size of the East Street property will not allow for the expansion and the Duke Street lot is too small for a stand-alone facility. Integrating both lots will give the total perimeter for the factory needed to meet the FDA and HACCP standards," he said.

Speaking to the design options for the new plant layout, Powell said the company initially considered creating an overhead bridge or tunnel between the lots but opted for the complete enclosure since this option "is the only working option which will give international approval based on the logic or production and flow".

P.A. Benjamin was established at its current location in the 1880s. The company boasts that it is oldest company in the Caribbean to have maintained its original place of business. its warehousing facilities, however, are located at Harbour Street and Marcus Garvey Drive, which the chairman said creates logistical challenges.

At completion of the expansion project, it is projected that exports will grow some 300 per cent above current capacity in five years, Powell said. Currently, 30 per cent of production is exported, he said.

"The plant no longer meets existing standards for manufacturing pharmaceutical and food products with regard to modern regulations," said Powell. It is also at peak capacity and needs to grow in output and automation to eliminate the "possibility of contamination," he added.

Construction is scheduled to begin within three months, provided the requisite permits are obtained within that time, Powell said.

Staff will be increase to around 83 to 95 "retrained and upgraded" individuals, up from the 75 full time persons currently on the roll. Another 175 jobs are projected during the construction phase.

Powell also disclosed that he plans to bump up production of veterinary products, with the addition of new machinery.

"It's not a major area for us now but we are going to expand that line. It's a huge market and most of the veterinary products are now imported so we plan to start manufacturing (more) and reduce the level of imports of veterinary products," he said.

P.A. Benjamin will also enhance its in-house research and development capabilities, he said, to cut back on the outsourcing of product development.

"We currently have our own laboratory," said the chairman.

"We do some of our R&D in-house and we outsource some, but with the expanded facility we are going to do more in-house and less will be outsourced," he said.