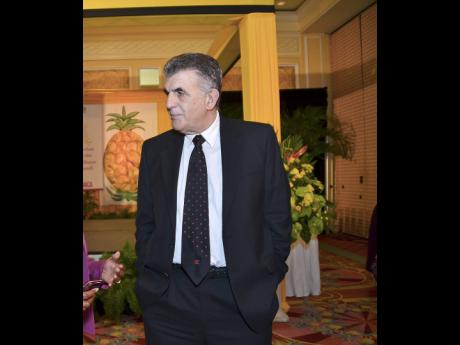 Jamaica could soon have its own luxury drug and alcohol rehabilitation centre in the Blue Mountain region if plans by Mystic Mountain boss, Michael Drakulich, get under way as expected by next summer.

Drakulich, who bought a three-acre property in the hills of Hardware Gap at the entrance to Holywell National Park, some 16 years ago, has been hatching the idea to deliver a Japanese onsen-type facility to cater to professional athletes who fall prey to the use of illicit drugs and by extension, catapult his business lines into medical tourism.

The venture, to be called The WA - another Japanese term which means harmony of the mind, body and spirit - the mountain spa, "will be constructed using prefabricated 16th century Japanese haiku structures made out of Oregon hardwoods," Drakulich told the Financial Gleaner.

WA will target its celebrity clientele through their unions or associations, such as the Major League Baseball, National Basketball Association, National Football League.

A 44-bed facility is planned initially with each suite having "a huge bathroom and two beds".

"The units will overlook Kingston to the southwest and west some 4,500 feet below," said Drakulich, adding that the three-acre property is surrounded by the Blue and John Crow Mountain National Park.

Half of the property is in Portland and the other half is in St Andrew overlooking Kingston.

Others encouraged to join

To finance the residential treatment centre, the business-man is pulling together a team of investors but also is open to others coming on board.

"We have put together the plans and architecture. Originally, I considered a drug and alcohol detox clinical setting for those in need of that service prior to residential treatment. But I have been convinced to just stay with rehab because of the liability issues," he said.

Drakulich also plans to establish administrative offices and an outpatient facility in Kingston.

Similar to the Crossroads of Antigua, built by noted musician Eric Clapton and which caters to the same market targeted by Drakulich, WA will also establish a base in New York, the businessman said.

"We can basically proceed because no building permits are required for that part of Jamaica," he said.

WA will be staffed by professionals recruited locally and overseas, Drakulich said.

"The goal is to have it staffed 100 per cent by Jamaicans, but in the beginning, you may not have that but I am sure there are qualified psychologists and psychiatrists here," he said.

The luxury rehab centre will cost approximately US$4.5 million to build, with ground breaking projected for next summer, provided the investors are on board.

"The figures involved indicate that the returns on this investment will be substantial and could reasonably gross US$5 million in year one with the right marketing and connections," he said. Drakulich is also banking on the proposed government incentives for medical tourism to push ahead with his plans.

"I'm trying to encourage the Government to open up the Blue Mountains. We want to run cable cars from Holywell National Park to the back of Cherry Gardens," he said.

Kingston could tap cable cars as a signature attraction, he reasoned, noting the pull of eco-tourism and the allure of the mountains.

He suggested that managing the venture under a private- public partnership could spell financial gain for both.

"It would really open up the Blue Mountain to tourism (but) it's an expensive proposition. It would take maybe US$15 million to US$20 million. However, if other governments are involved, it would be a cheaper investment," the businessman said.

"Just like Mystic Mountain, you have a tourist price and a price for locals, so you would price it in such a way that its affordable to Jamaicans," he said.