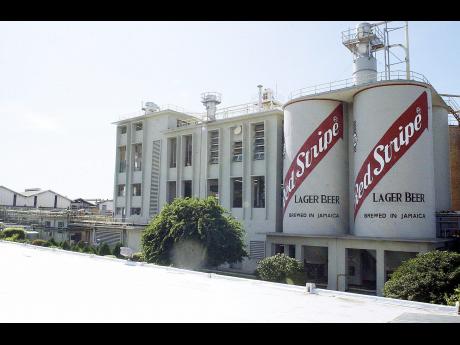 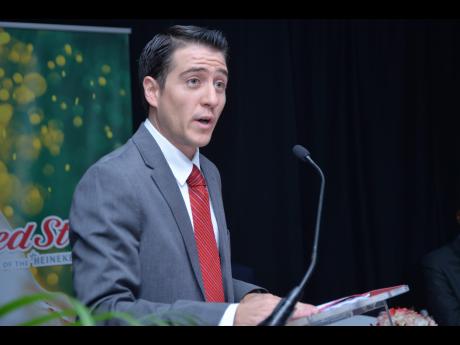 Managing Director Ricardo Nuncio says he is convinced the goal is achievable since the Jamaican market has large untapped potential. He notes that beer consumption in Jamaica is actually the lowest per capita for the whole Americas region, with the lowest being Haiti.

"When you look at the per capita consumption of beer in Jamaica, it is very low at 18 litres per year. That works out to about 1.5 litres of beer per month per person which is basically nothing when you compare to countries like Brazil, which has 70 or Mexico which has 60 or even Trinidad which has 4," Nuncio said in an interview with the Financial Gleaner.

The penetration of beer consumption in the 18 and over age category of the Jamaican market is only 77 per cent, according to Nuncio.

"You still have 23 per cent of potential consumers that are not drinking beer. Maybe they are drinking something else such as rum so the question is how we invite them to consume beer," he said.

Initially, the brewery had targeted 2020 as its goal to double local beer consumption, but Nuncio believes he can get to that point a year earlier, and that his production team is pushing hard to make it happen.

This means that Red Stripe should have average volume growth of 20 per cent per year, and while they are meeting that target, the beer maker is running out of capacity.

The Max 5 production line at Red Stripe's Kingston plant ought to be able to produce about eight million cases, but Nuncio says the real capacity "is basically half of what it should be" or closer to four million cases.

Nuncio says this is why Red Stripe is spending €16 million ($2.3 billion) on a No. 6 line. That new line, slated for commissioning in late September, will be dedicated to exports while freeing up capacity for domestic production.

"We need that new line because with the projections for the domestic volumes, plus what is expected to be coming in from the international market, we will be in trouble as of the middle of 2017 because we will be basically running out of capacity," Nuncio said.

When the No. 6 line is commissioned, it will be under-utilised for the first two years, according to Nuncio, but this is because the production for the United States market will only require two million cases, he said. The new line will have a capacity of five million cases.