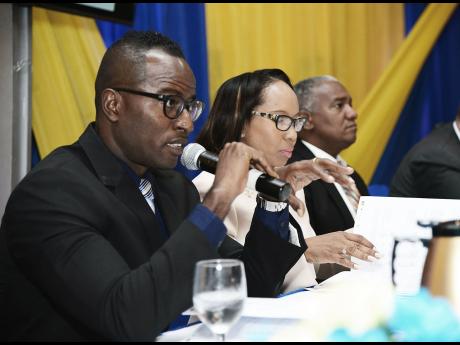 Carreras Limited has launched a pilot project to create a raw tobacco, or 'grabba' product, as traction in that segment of the market where use of the raw leaves locally is still on the uptick.

The project was launched just two weeks ago. Its findings will inform the company's innovation team on how best to tap this market, Managing Director Marcus Steele told Financial Gleaner following the company's annual general meeting on Wednesday.

Grabba has grown in popularity in recent years and has even been idolised in song by local reggae and dance hall entertainers.

Raw tobacco is either smoked by itself or rolled with marijuana to mask the smell and aftertaste.

Carreras said decisively, however, that its product will not include marijuana.

"We are in the middle of a pilot where we are going to launch our own version of grabba. The idea is to come with a value proposition product that satisfies that market, because it's a threat if you do nothing, but an opportunity if you do something," Steele said.

"That is what we are going to focus on now. We have good brands in the cigarette market, but we don't have anything in that side of the market and we want to tap into it," said Steele.

The company, which exited manufacturing a decade ago and now distributes brands owned by parent company British American Tobacco Plc, has been gauging the impact of the grabba market for over two years. In 2013, Matterhorn smokes were tweaked to create Matterhorn Click, while new products were added under the Craven A brand in 2015.

Steele announced the innovation to Craven A at the last AGM, noting then the move was aimed at clawing back market share from grabba smokers and the illicit trade.

Other tweaks to the Matterhorn product are also in the pipeline, but Steele was mum on what these will be, saying only "it will be very different" from the range the company already has in its arsenal.

"We focus on a brand per year. Next year, we are going to focus on Matterhorn again, but with a new innovation," he said.

The cycle will see innovation to each brand alternately, he said.

Carreras otherwise tweaked its route-to-market system to create a more effective distribution system for rural locales, a move that Steele said has had positive results.

Last year, the company launched the bike programme, which uses riders to deliver smaller cases of cigarettes to persons in areas deemed challenging.

"We are getting some very good benefits from that where we now have a very solid distribution footprint," he said.