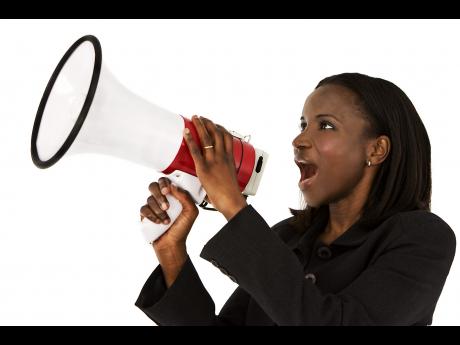 What can you as a manager do to rehabilitate the performance of a direct report when all else has failed? Do you issue a written warning to scare up some motivation, or is there a more reliable path to restore results?

It's a familiar scenario - a person who used to perform well has been faltering for several months. As their manager, you have given all the advice you can, but nothing has changed. Now, a trend of poor results is infecting the organisation, and you must act decisively. What should you do to turn things around?

One technique I have picked up from others is 'controlled management'. It's not an everyday mode. But it's one which becomes necessary when a slump must be reversed. See it as a last-gasp effort to reinstate an employee to a former level of acceptable performance by following these steps.

Let the employee know that he is entering a special period of controlled management intended to restore his performance. As you share the steps, let him know that none of it is personal, even if he doesn't believe it at first. His feelings of failure or guilt may be very real to him, but explain that this period is not in response to his personality - it's intended to quickly reestablish a result the organisation needs to function.

Also, let him know that it's not permanent. While it will call for a change in behaviour, it's a unique opportunity for him to focus on his weaknesses and retool. Then, explain the following steps which usually take one to three months each.

The underlying fact is, you have lost faith in his ability to turn things around alone. It requires a significant investment of time and energy on your part. Now, you need to transform his daily activity, using two heads to plan rather than one.

After you have clarified and separated the area of weakness, develop a new reporting mechanism. He reports to you twice per day. In each morning report (better done via a conversation at first) he outlines his plans for the day. By contrast, the closing report is the last thing he does before leaving the office, describing his results.

As you have these conversations, there's usually not much coaching required. Instead, allow the added intensity to do the work. If he's interested in doing a good job, you should see an immediate shift, but that's not to say you should sit back and just listen. Be like a rudder that gently steers his performance back in the right direction. However, when a huge error emerges, jump in wholeheartedly - but don't be overbearing.

After all, he used to be effective. You are trying to nudge him back to adequate performance, not demotivate him. Also, you are looking to restore your own confidence in his ability to produce results, one day at a time.

At the end of the period, evaluate the results and see if your intervention has been effective. If it hasn't, take a more drastic step.

Now, for a set period of time, you need to step in and take over the critical functions he has failed to perform. For example, if the poor performance surrounds the management of a project, become the project manager. If it's focused on sales, become the sales manager.

Your job is to bring your expertise and authority to produce results, even if you are a relative novice in the area. Don't shirk the role - you must do what is necessary to become effective in a short space of time. And don't complain; this is why you are a manager.

If it helps you to pretend that he has just resigned, you may do so, just in order to put yourself in the right frame of mind. Truth be told, in terms of producing select results, he has already 'walked off the job' even if he is putting in 20-hour days.

For his part, the low performing manager should keep control of all other non-failing functions. But in the area of weakness, he has now become your apprentice. Let him observe your actions to turn things around. Understand that his biggest ah-ha's won't come from what you say, but from what he sees you do. As he learns, return his former functions one small step at a time.

To be realistic, these three steps are not guaranteed to work. Sometimes the circumstances are beyond the capabilities of even the most effective manager. Then, you must seek alternative solutions using different talent, or by restructuring the job.

The approach outlined above represents a cold, hard requirement of being a manager. Restoring performance in tough situations involves difficult interactions. The way you execute them makes all the difference in producing the positive results everyone wants.