Pension association director wants to save workers from themselves 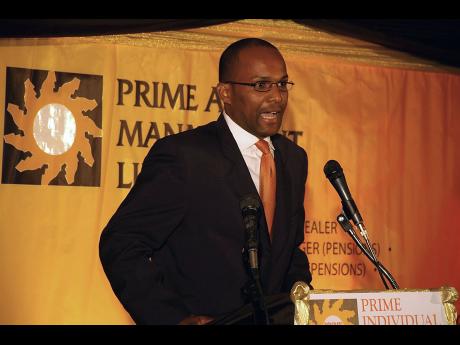 Rezworth Burchenson, a director of the Pension Fund Association of Jamaica (PFAJ), hopes regulations set for 2017 will, among other things, "save workers from themselves" by denying them cash refunds from their pension contributions at job termination.

He and other pension fund managers want the regulations to 'lock in' contributions, which would go towards workers' pensions at retirement.

"We are in favour of it because it is one sure way to grow the industry, and it's also a way to save the worker from themselves because they usually get the cash and spend it," said Burchenson, who is also the managing director of Prime Asset Management.

Burchenson spoke to Gleaner Business following the PFAJ annual general meeting on Friday. He said the legislation for the second phase of pension reforms is now before the chief parliamentary council for drafting.

The Financial Services Commission (FSC) and Bank of Jamaica (BOJ) are engaged in the reform process, and both have already got feedback from the PFAJ and others.

Burchenson wants to get more people excited about saving towards their pension. He thinks the four main recommendations by the PFAJ to the FSC will aid in that mission. They include locking in, vesting, portability, and hardship withdrawals.

Vesting involves the period at which the contributions would become pensionable. Burchenson said that currently, there are varying periods under consideration, with five years as the most favoured.

Portability allows contributors to move or port from one fund to another, while hardship withdrawal allows use of a portion of pension contributions to pay for emergencies.

"It would allow a member to draw down on money in the case of medical emergencies and would allow them to use a part of it to pay for medical expenses," he said.

The industry currently has some $400 billion under management, with roughly half of the funds invested in Government of Jamaica securities. The PFAJ wants the BOJ to widen the pool securities that pension funds can invest in to include global investment grade securities. They are already allowed to invest in

sovereigns such as, GOJ, US, UK, and Canada.

"Most of workers in the island are not contributing to a pension plan, and we believe that the FSC and BOJ reforms will aid the industry," Burchenson said.

These and other proposals form the basis of reform that eventually will be legislated as an amendment to the decade-old Pensions (Superannuation Fund and Retirement Scheme) Act.