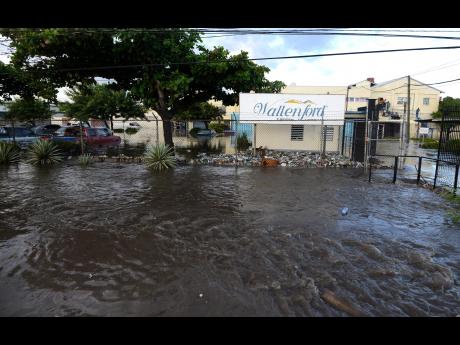 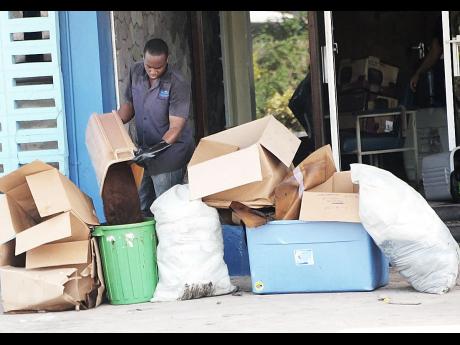 The coffee sector avoided hurricanes this season, but beans for export got soaked in last Friday's rains that flooded three warehouses on Marcus Garvey Drive in Kingston.

The resulting US$8 million ($1 billion) of estimated preliminary damage is equivalent to more than a third of the value of exports from the 2015 crop year, the most recent data available for foreign sales.

The damage limit volume supplies of coffee beans to overseas markets this year, just as

the sector was on the brink of recovery from disease.

"All three warehouses were flooded," said Jason Sharp, chairman of the Jamaica Coffee Exporters' Association. "Our initial estimates are that it is coffee valued at over US$7 million to US$8 million this was coffee mostly set for export."

The quantum of the coffee to be written off remains for the adjusters to determine, as even beans that were not submerged remain potentially affected. The Ministry of Health will also have to determine what they perceive as being acceptable and what should be condemned, Sharp said.

The amount in the warehouse would equate to more than 30 per cent of the entire crop last year, based on official data.

Just two days before the flood rain, the Ministry of Agriculture was boasting about the sector's performance - exports rocketed from US$18.7 million in 2014 to US$25.2 million in 2015. It was the best earnings in five years, but still off the record set around the time the global financial crisis hit.

Sharp said the taste profile of coffee can change dramatically, based on shifts in temperature and humidity. It's of particular importance since Jamaican coffee fetches a premium price globally, "primarily because of its taste nuances and delicate attributes," said Sharp, who is also a director at Coffee Traders Limited, one of the big-three coffee exporters.

"Due to the hydro-biodegradable nature of coffee, the floodwater would damage the quality of the coffee," he said. "Even if the coffee wasn't submerged, due to the humidity in the warehouse, it would also affect the coffee. That's because it would have absorbed some of that moisture."

On Friday, the build-up of debris, including garbage and plastics, blocked the drains and gully in the vicinity of Marcus Garvey Drive, which overflowed into warehouses along the road. The National Works Agency (NWA) said Monday that much of the debris was now cleared.

Sharp said the coffee warehouses affected include those owned by the Coffee Industry Board; BM Coffee Limited, a subsidiary of Coffee Traders Limited; and Wallenford Coffee Company. Each of the three have their respective insurers and adjusters assessing the damage.

"It is clear the water levels rose above the gully banks. This led to significant volumes of water, in a very short period of time, almost totally engulfing the surrounding areas. At this time it is not totally clear what transpired, why this would have happened, but we expect a full investigation to ensure that this is mitigated against in the future," Sharp said.

Sugar and spice producers in the area, as well as the Fisheries Division of the agriculture ministry, were also flooded.

The NWA said it is discussing the flooding incident with affected businesses and agencies. Asked whether such flooding could possibly recur, NWA communications and customer service manager Stephen Shaw said he could not predict the elements.

"I am not in a position to say as I am unable to predict how nature functions. What I can say, however, is that a significant amount of garbage was removed from the channel subsequent to the flood event," Shaw said.

Wallenford's chief executive, Mark McIntosh, declined to comment on the matter, and the Coffee Board did not return calls up to press time.

In July, players were expecting to generate record earnings for the next crop year ending June 2017. But the flood damage now puts those ambitions in doubt.