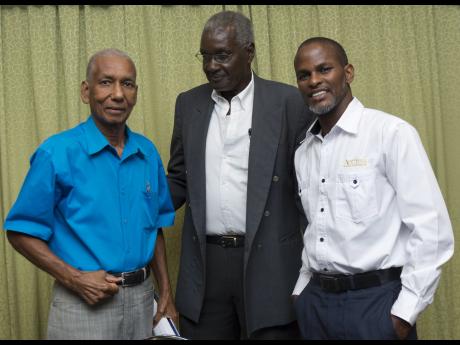 Access Financial Services Limited will seek to develop a green-energy loan in a bid to expand its offerings.

The company also told shareholders that it doesn't expect a fallout from increased regulation of the microfinancing sector, set for implementation in the medium-term.

"Presently the Inter-American Development Bank is working with our team to develop a green-energy product which will increase the competitiveness of micro-entrepreneurs through the use of green-energy solutions to reduce business operating costs," stated Marcus James, chief executive officer at Access at the annual general meeting held at the Knutsford Court Hotel in Kingston on Thursday.

Additionally, James stated that the United States Agency for International Development is assisting with the development of a micro businesses loan product targeted at entrepreneurs located in inner city communities.

Going forward, Access anticipates that the regulatory environment will "change" with the passage of the Micro Credit Act 2016.

"We welcome the regulation of the industry as we anticipate that it will ensure players in the industry are fit and proper, and operators adhere to international best practices, including the provision of information to clients in a transparent manner," said James.

Access made $146 million for the June quarter or 29 per cent higher than year earlier levels. The return on equity stood at 51 per cent, which equates to one of the most profitable companies in the island.

Its net loan portfolio increased for the quarter under review, moving to $2.28 billion from $1.75 billion. The company's stockholders equity stands at $1.3 billion as at June, up from $972 million a year earlier.

During the previous year, Access doubled its loan book, moving from $1.08 billion to $2.2 billion as at December 2015. This was aided by its acquisition of loan books from smaller micro-lending firms.

In December 2014, Proven Investments acquired a 49 per cent stake in Access for $1.2 billion, buying the majority of its shares from Mayberry Investments, which was an early investor in the venture founded by James. Mayberry reportedly invested an initial amount of $38 million in 2006 and earned approximately $955 million or some US$8.34 million from the sale of its shares.