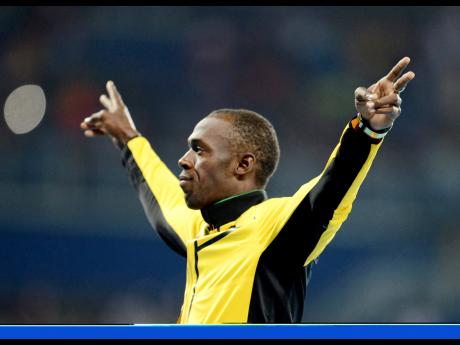 Usain Bolt is spending over $10 million to set up a razor blade business called Champion Shave and is now actively seeking retailers to push the products into three markets.

The Olympian and sport celebrity is tapping a current trend in men's grooming for a new six-blade razor, said executive manager Nugent Walker, speaking on behalf of Bolt.

"The trend showed that there's need for the new six-blade technology," he told Gleaner Business.

But they did not disclose the maker of the razors, saying some details were still being finalised.

Bolt already has a signature clothing line under contract with sponsors PUMA and his image is the signature for the casual dining outfit Usain Bolt Tracks & Records (UBTR), operated by the KLE Group.

The world's fastest man and record holder in the 100m and 200m sprints has signalled that he will hang up his track shoes after the 2017 World Championships. Walker says that the athletic star plans to launch a series of new businesses as he approaches retirement from the sport.

Champion Shave will sell its razors online as well as through retailers.

"Our offering is simple - the best possible razor at the best price. Champion Shave offers its customers a better price and gives more refill cartridges than its competitors," Walker said via email.

The $10-million spend will be spread across product launches, marketing and production. "We are currently working with retailers and distributors across the globe," Walker said.

Champion Shave hopes to launch in North America, Europe and the Caribbean first, then gradually spread to other regions.

The company is targeting the "everyday man who wants to ... feel like a champion without paying a fortune" and the product line will feature a "beautiful sporty handle with the signature Usain Bolt logo," said Walker.

"We expect, once in the market, to achieve growth year over year of 15-20 per cent."

Over a five-year period, the company hopes to gain a five per cent global market share, but is hoping for a greater take up of the product over time to give the company a 25-30 per cent share, Walker said.

Champion Shave sees its chief competitors as international razor companies Gillette, Bi and Schick. Champion aims to cut into their business as well as that of "traditional shave clubs, which are becoming popular in places like the USA," Walker said.