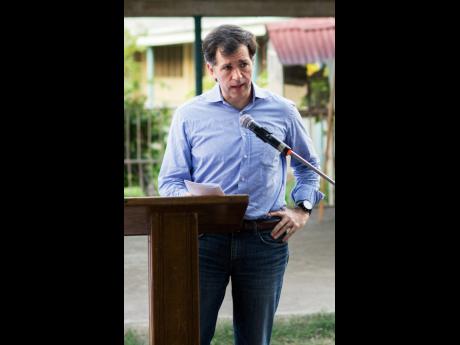 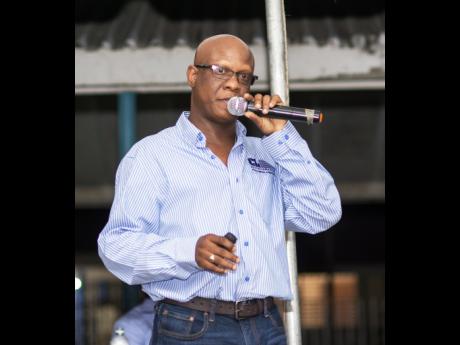 New Fortress Energy has committed to recurrent environmental monitoring and reporting on site preparation, construction and operation of the liquefied natural gas (LNG) terminal and pipeline project to be developed in St Catherine.

At a public consultation with residents of Old Harbour, the American company also promised, as far as is possible, to train and employ persons from the community to work at the facility instead of bringing in skill sets from outside.

The gas will be transported to Jamaica from the United States or other markets to a new offshore terminal at Portland Bight, where it will be regasified and distributed via an undersea pipeline to the Jamaica Public Service Company (JPS) power plant, said Managing Director of Fortress Investment Group Brannen McElmurray at the forum on Wednesday.

The main infrastructure will include a berth and regasification platform; a natural gas pipeline; and an automotive diesel pipeline and other facilities. The terminal is to be located on the western side of Portland Bight, about 2,000 metres from the shipping channel to Port Esquivel. It will have a depth of about 14 metres, sufficient to berth a floating storage unit for the LNG as well as LNG carrier vessels without the need for dredging.

McElmurray said the Port Authority of Jamaica has reviewed the general location and concluded it does not interfere with shipping activities. The floating unit, an LNG carrier refitted to for use as a storage vessel, will be located far enough from shore and, hence, will not be visually obtrusive.

Experts have recommended a 500-metre safety exclusion zone around the floating unit in which navigation is restricted.

However, environmental consultant Dr Carlton Campbell, whose company CL Environmental Limited undertook the environmental impact assessment presented at the public consultation, said that zone was reduced to 200 metres based on complaints from fisherfolk.

The exclusion zone would have denied them access to regular sites where they normally harvest fish.

However, one resident was against the compromise reached, saying the zone should not have been reduced to facilitate more fishing, given that the 500-metre recommendation was made by safety experts.

The LNG terminal being developed through NFE South Holdings will supply gas to JPS, which itself is finalising plans to build an LNG-fired power plant at Old Harbour.

According to the environmental impact assessment, monitoring of various aspects of the New Fortress project will be done by persons appointed by New Fortress Energy, the JPS, and "capable organisations", the latter monitoring water quality, salinity and dissolved oxygen, among other conditions.

However, some residents suggested that members of the Old Harbour Bay community should be involved in monitoring as they did not entirely trust the National Environment and Planning Agency and the parish council to do so on their behalf.

McElmurray said some of the equipment for the project will be offloaded at Port Esquivel and transported by trailers to the Old Harbour Bay site, giving rise to concerns about road damage.

Campbell assured concerned residents that mitigation measures have been put in place for noise from heavy equipment, access road to facilitate movement of heavy vehicles and equipment, potential negative impact on marine life and various other environmental issues.

He said horizontal drilling would be used for the pipeline to ensure the reef is not destroyed, and that the developers would have to work with the fishing community to safeguard fish pots set to harvest fish.

In the regasification process, New Fortress will heat the LNG using seawater to convert it to natural gas and then release the water back to the sea. Campbell assured residents the water would be cooler at release and so would not affect marine life.

During construction an estimated 225 to 250 persons will be employed, McElmurray said. New Fortress Energy estimates that it can start delivering natural gas to JPS at Old Harbour by the second quarter of 2018.