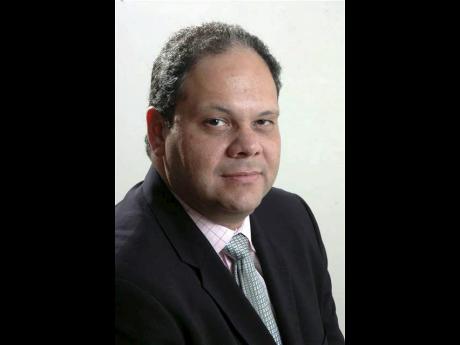 A special-purpose company chaired by Mark Myers is finalising the acquisition of merchant banking outfit MF&G Trust and Finance Limited, following approval by the Bank of Jamaica, which cleared the path to a change of ownership.

Lawyers for Cornerstone United Holdings Jamaica Limited said the company got the nod to buy a majority stake in MF&G Trust from Merban Limited and Levas Limited. Mervan and Levas are affiliated with the law firm Myers, Fletcher & Gordon.

The deal for the takeover of MF&G Trust is expected to be finalised by year end.

"The approval is in place, but, of course, now you have the transition, and so there is the process of actually completing the share sale agreement, transferring the shares, and installing the board," said Cornerstone's lawyer, Lance Hylton of the law firm Hylton and Hylton.

"But we expect that to be completed in the next two months or so," he added.

He would not be drawn on the value of the transaction but did confirm that the deal would see Cornerstone acquiring 80 per cent of MF&G Trust. Mervan will remain a shareholder with the other 20 per cent.

This will see Norman Minott, the current chairman of MF&G Trust, continuing to participate at the board level.

Cornerstone is a special-purpose vehicle incorporated on April 1, 2015, according to Hylton, who describes the people behind the company as an "A-list of investors, all well-known Jamaicans, fully compliant, fit and proper, with proven track records and success in their various business fields."

MF&G Trust is its first acquisition.

Hylton said Cornerstone's investors would be pumping in more than $1 billion into MF&G Trust. The merchant bank will also be renamed to reflect the ownership of Cornerstone, he said.

"This group believes that there is tremendous opportunity in the marketplace for a vibrant operation that is well funded such as this. They have a lot of ideas and plans to take it to the next level and the level above that," Hylton said.

MF&G Trust is a boutique operation catering to the needs of the clients of the Myers Fletcher & Gordon law firm.

It is currently the smallest of two players but will soon be the lone merchant bank now that the dominant outfit, JMMB Merchant , has got the nod to transition to a commercial bank.

Up to June of this year, MF&G Trust was valued at $1.79 billion in total assets, according to central bank industry data. Comparatively, JMMB Merchant is 18 times its size at $32 billion. MF&G Trust's pending change of ownership was first revealed last week by Finance Minister Audley Shaw.

Hylton says that in the short term, the banking entity would continue to operate out of the Myers Fletcher offices in Kingston.