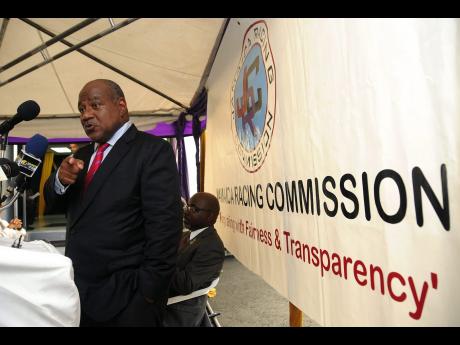 The Casino Gaming Commission (CGC) expressed disappointment at the relatively quick exit of its expatriate CEO and second, that both entities issued orders to operate resort casinos are yet to break ground, in its newly released annual report.

The commission expressed a desire to recruit another CEO from overseas. The position pays around $17.2 million, according to financial disclosures for the 2015/16 fiscal period.

"The major disappointments were that although orders for Approved Integrated Resort Development have been made to two applicants, further progress has not been made in achieving the breaking of ground and the construction of the resorts," stated CGC chairman Walter Scott in the annual report.

The CGC's chief executive held the position for a year. Phillip Shelton was a former gaming regulator from Victoria, Australia with 29 years of experience in the industry. Shelton's resignation took effect in April, and Robinson was asked to act in the position until a replacement was found.

"Mr Shelton brought a great deal of knowledge and capacity to the organisation and will be missed," said Scott.

The CGC views an expatriate as best for the position of CEO, based on international casino experience. The CEO position paid a base salary of $13.8 million, other allowances of $3.2 million and traveling of $120,000 - totalling $17.2 million, according to the annual report.

"It is in the commission's best interest to recruit a CEO from the international market. By so doing, it is likely to attract those persons with the requisite skills, knowledge and expertise to guide the operational framework, establish best practices and build industry knowledge," the CGC said.

Scott said that on balance the CGC had a solid year and laid the foundation for an effective regulation of the industry, "once it gets going".

Shelton in his CEO message described his resignation with regret and indicated that he would return to Australia.

"The past year has seen significant progress in establishing the regulatory framework for the monitoring and control of casinos in Jamaica which conform to international best practice. Drafting of the necessary regulations has continued and they provide the foundation for a robust regulatory framework," Shelton said in his CEO message.

The CGC set up in 2010 under the Casino Gaming Act is a statutory self-regulatory body governed by a board of commissioners which meets monthly.