CCRIF pays out to four countries hit by Matthew 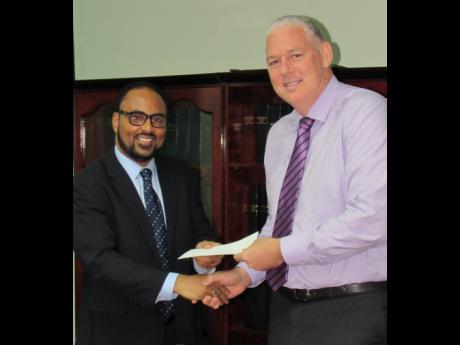 Regional catastrophe insurer CCRIF has paid out US$29.2 million to four Caribbean countries battered by Hurricane Matthew at the top of this month.

The largest payments went to Haiti - around US$23.4 million of which US$3 million was for excessive rainfall - where at least 500 people were killed, while St Lucia collected a $3.78 million cheque on Wednesday.

The other two recipients were Barbados, US$1.73 million and St Vincent and the Grenadines, US$285,249.

"This cheque will be going directly to strengthening and rebuilding our agriculture sector and to paying for some of the costs that we have," said Chastanet.

The CCRIF said that 31 individuals in St Lucia received pay-outs totalling US$102,000 on their Livelihood Protection Policies as a result of the hurricane.

The LPP provides insurance coverage to low-income persons such

Since its inception in 2007, CCRIF has made 21 payouts to 10 member governments totalling almost US$68 million.