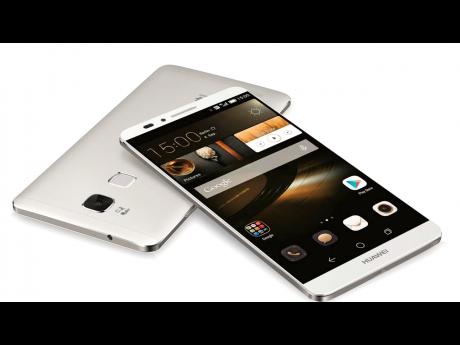 Chinese mobile phone manufacturer Huawei is using Jamaica as a launching pad into regional markets and has tapped Intcomex as partner to distribute its mobile devices locally and in the Caribbean.

Both companies will be combining their resources to build the Huawei brand in Jamaica, with a main focus being the extensive promotion of Huawei's Mate 8 and P9 family of smartphones, they said at the announcement of the partnership on Tuesday.

"We're right behind Samsung, and we make no apologies - we're going after Samsung for the number one Android spot," said Damion Barnett, the regional sales director for consumer business at Huawei.

In Jamaica, mobile phones are typically acquired through telecom providers, but there is a portion of the market that buys its phones independently. Barnett says Huawei will be exploiting the latter segment for sales.

"Remember that Jamaica, typically, is not used to the open-market phones, so we're creating that market now," He told the Financial Gleaner.

He says Huawei would be pushing the Mate 8 and P9 dual sim line to independent resellers in the Jamaican marketplace who get their stock from Intcomex.

"The first order of business is the stability of Huawei in Jamaica, which will bring a new approach to combining Intcomex's relationship with resellers. Eventually, we will move out to other countries in the region," he said.