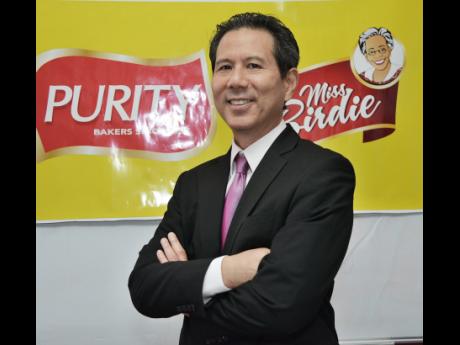 It reversed a loss of $10 million recorded in the comparative period of 2015.

Over nine months, the company's profit from operations totalled $34.9 million compared with $8.8 million a year earlier. Net profit rose from $4.7 million to $30 million.

Purity's profit growth came from new and existing products which grew sales to $209 million in the quarter, or 19 per cent year-on-year. Nine-month sales also grew by 19 per cent to $681 million from $570 million a year earlier.

During the year, the company launched new products, including its Oatmeal Raisin Cookie, as the first in a line of cookies.

Managing Director Anthony Chang was said to be overseas when the Financial Gleaner called for comment on the bakery company's outlook. However, earlier in the year, Purity said its overall performance should continue for the remainder of 2016. Earnings per share over nine months increased to $0.135 from $0.021.

In previous financial years, the company suffered from price discounts from competitors. At the time, Purity deliberately maintained margins while keeping expense items like marketing flat. During the 2016 review period, its cost of sales was contained at $135.6 million in the quarter and $434.6 million over nine months, which led to gross profits of $73.5 million and $245.9 million, respectively.

The company burned through half of its cash holdings, which ended the period at $24.5 million, compared with $52.3 million a year earlier.