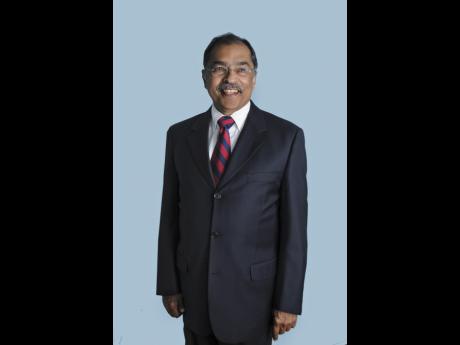 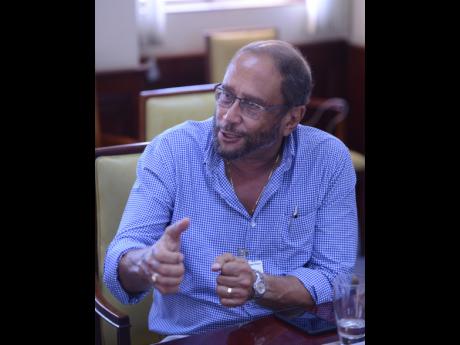 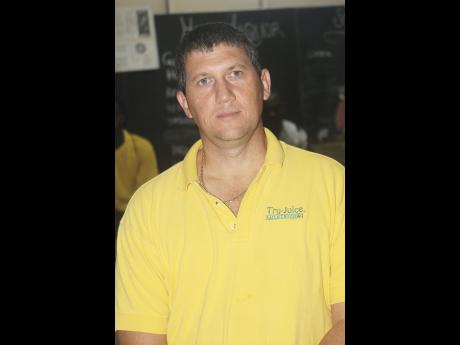 Peter McConnell, Howard Mitchell and Harry Maragh have been successful at business, but their entrepreneurial journeys took different paths, as they each outlined last Thursday.

In one case, family connections helped, but for all three, what really appeared to unite them was bravado, albeit at different degrees, and confidence in their skill sets.

Both Maragh, the chairman and CEO of Lannaman & Morris Shipping Limited, and McConnell, managing director of Trade Winds Citrus Limited, transitioned from worker to owner at their respective companies. They both gained experience in their respective companies, which they pitched as sweat equity when they approached financiers to back their purchase of the businesses.

Mitchell, a businessman and lawyer, had a different focus - he built businesses that others would want to buy.

"I started the day as an employee and ended the afternoon as the owner of the company," said Maragh, one of the three presenters at the monthly investor forum hosted by Mayberry Investments Limited.

"I had to sell the car to pay an employee. They didn't know I had to take the bus on Marcus Garvey Drive. I waited in the dark because I didn't want the employees seeing me take the bus," he recalled about the early days.

Maragh joined the company in 1985. Seven years later, the founders, Vance Lannaman and Ainsley Morris, decided to offload the business, which represents some of the world's largest cruise and container shipping lines, having reached retirement.

"They put the company up for sale and there was a lot of bidders and I was the last among the lot. Although I was one of their best employees, I was broke," Maragh said.

His primary advantage was that he knew the business and already worked at the company. This would relieve the overseas principals - that is, the vessels with which the shipping company did business - of the need to conduct due diligence on outside buyers. Consequently, Lannaman and Morris gave Maragh the option to buy.

"I thought about it long and hard - I am broke but smart, and after some advice I decided to take the plunge. Did our financials and due diligence and approached the banks. NCB stood out and decided to take the plunge with me. In fact, they were so convinced I could run the company that they paid out to the owners even without my knowledge. It was the day after that I heard they received the cheque," he said.

For McConnell, he attempted to buy Trade Winds Citrus from the "older generation" in his family after it was put up for sale for a fourth time, around 2010.

"I was seen as the boss, but I was a worker and never a shareholder," recalled McConnell, who studied agronomy then entered the family business.

McConnell approached Mayberry as his financial adviser. He initially wanted to buy 50 per cent of the company and bring in new shareholders to hold the remainder. But Mayberry convinced McConnell to seek 100 per cent control, said McConnell at the forum.

"I reluctantly agreed and the bank gave us the money to buy out 100 per cent of the business," McConnell said. "It was a good deal at the time - and it was overwhelming to me. There was a very heavy leverage play and signed personal guarantees for things."

The transaction was in US dollars but borrowed in Jamaican dollars.

McConnell, however, indicated that the deal occurred over a period of unexpected currency depreciation when the dollar slipped by $7 to around $93 to the US dollar over three months.

"The stress started," he recalled, explaining that the depreciation effectively resulted in him losing the funds to finance a new line for the plant.

McConnell assumed control of the shareholding in January 2012, but severe drought followed depreciation. The business plan involved package modernisation and the expansion of Trade Winds' line of products to include non-chilled drinks in tetra pak packaging.

"That was pressure. And I immediately started negotiating with Wisynco for them to come in as partners. I closed that deal with them in August 2013," McConnell said.

"So I went from owning zero to 100 per cent, and nine months later I was back at 50 per cent ... I have no regrets, because at the time the world was on my shoulders and I had a plan and it didn't go 100 per cent as charted. But one thing I wasn't going to do was fail."

Mitchell, in his treatise on building an enterprise that others will want to takeover, stressed that honesty and transparency needs to permeate every aspect of the business in order to gain the confidence of investors.

During his tenure as chair of JLC, the company worked its way from a deficit of $114 million. In seven years, it sold for US$14 million. Then in 2004, Chang partnered with Mitchell and established a plant for the manufacturing of corrugated board and boxes, Corrpak, which was sold to Canadian Overseas Packaging Industries Limited for an undisclosed sum.

"Capital comes in many forms. You cannot run a business without paying the bills. But there are ways in which you can find a substitute for money and be capitalised human capital is the most important form of capital," said Mitchell.

"Otherwise, find someone with money who believes in you, whether it's the bank or an individual. Make sure that the blocks that you build your business on are sturdy and that your value proposition must be good," Mitchell said.