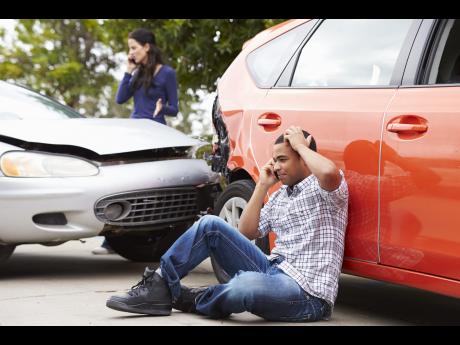 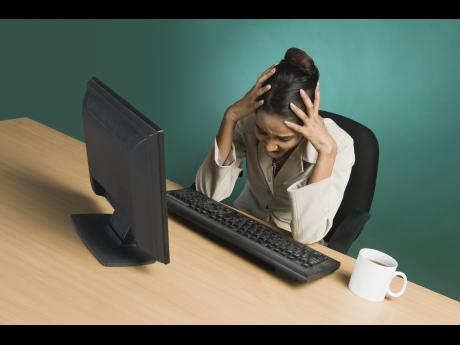 QUESTION: My vehicle was hit by another driver who was exiting a church compound along Molynes Road, Kingston. I was travelling along the roadway when she met head on with my rear left side. To fix my vehicle, my insurance company is telling me to find the excess ($150,000), which they will recover from her insurance company. I don't have that kind of money. The police report proves she was wrong. Why should I have to find any money to fix my vehicle when the damage was caused by the other driver?

INSURANCE HELPLINE: The quick and simple answer to your question is that this is the way that motor insurance in Jamaica works. This is even though the procedure makes absolutely no sense to insurance consumers like you, the injured party.

You should not have to find money to repair your car in the event of an accident that resulted from the careless actions of another driver. If the vehicle she was driving was not insured, or her insurers refused to pay for some reason, guess who would be left holding the bag?

The selection of the generic term "users" (which, according to the online Oxford Dictionary means a person who uses or operates something) instead of the more specific "consumer" (a person who purchases goods and services for personal use) provides one reason for the way things are.

Insurance regulators in Canada, the state of California, and the United Kingdom describe their mission to consumers (their preferred word) with more clarity and precision. They understand very clearly that the two words do not mean the same thing.

Could this be why motor claims there are handled more efficiently than here and why those regulators are more consumer-friendly than the FSC?

There is a way around your problem. Ask your insurers to prepare a 'deal direct letter'. It would be addressed to the third party insurers. The letter would tell the third party Insurers to deal directly with you in relation to the claim that you have against the other driver. This means that you would negotiate the settlement of your claim directly with them instead of through your insurance company. If this procedure was adopted, you would not have to prefund the cost of repairs to your vehicle.

About five weeks ago, I wrote a piece headlined 'Do politicians believe in science?' It was addressed to lawmakers who were debating the new Road Traffic Bill. I argued that members of parliament had not done any homework or considered the findings of scientific researchers about the hazards associated with the use of cellphones while operating motor vehicles.

Clause 121 of the bill prohibited the use of handheld communication devices but permitted the use of devices which were affixed to vehicles. Research on the other hand, suggested that both handheld and hands-free devices impaired driving.

Here is some additional information for lawmakers to consider:

- Federal auto safety regulators in the US are asking smartphone manufacturers to consider adding a 'driver mode' to block certain apps and functions to prevent distracted driving, to minimise distraction experienced by a driver using that device.

- After a four-decade decline, the number of highway deaths ticked up last year in the largest annual percentage increase in 50 years. And so far, 2016 is on track to be even worse - from January to June, highway fatalities jumped 10.4 per cent from 2015, according to NHTSA. Some persons say the increase in highway deaths is due to the use of cell phones while driving.

- In driver mode, smartphones would be unable to access certain apps, like Twitter or Snapchat. Video would be blocked, as would distracting graphics and scrolling text. Users would also be unable to use the phone's keyboard to text or send emails. Driver mode could be engaged automatically by pairing with a vehicle's infotainment system, or would need to be turned on manually. Federal regulators say that by implementing these changes, device manufacturers can help reduce auto accidents and fatalities due to distracted driving.

- While most states have banned hand-held phone use while driving, most of these laws are difficult to enforce. Researchers and safety advocates have long been calling on the Government to require the auto industry to include technology in their vehicles that would render smartphones inoperable.

Was the person who hit your car using her cell phone at the time of the collision?