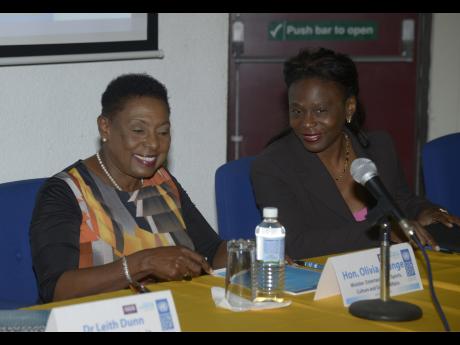 The programme "aims to address persisting gender gaps in the workplace by encouraging entities to create equitable conditions for both men and women and establishing environments where women's work and contributions are equally valued," said a UNDP media release.

Companies are awarded gold, silver or bronze level certification when they have met specific standards to promote gender equality in the workplace.

Along with the global recognition the certification creates, companies will also be in a better position to attract clients and investors who are like-minded, Chounoune reasoned.

At least five private sector companies and two public sector entities have already started discussions with the UNDP towards entering the programme - among them Scotia Group, Jamaica National, Digicel, Rubis, Wysinco and the Development Bank of Jamaica - though none have yet given commitment to start, Chounoune said.

"The target is to have at least 30 companies signed up by next March," Chounoune said, even as she noted the cultural barriers that must be overcome to effect the changes the programme hopes to establish.

The GESCP was launched in Kingston last week in partnership with the Bureau of Gender Affairs, the Jamaica Chamber of Commerce, and the Ministry of Culture, Gender, Entertainment and Sport.

Gender equality is a policy initiative of the Jamaican Government though the National Policy for Gender Equality (NPGE). So far, 27 government ministries, departments and agencies have been granted the Gender Equality Certification Stamp.

The NPGE was approved by government in 2011.