Xi to be first Chinese president to attend Davos forum 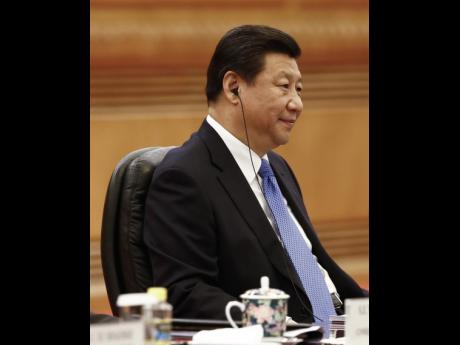 China's President Xi Jinping will attend the World Economic Forum next week, becoming the first Chinese head of state to do so at the annual gathering of business leaders, politicians and cultural icons in the Swiss Alpine town of Davos.

As part of an official visit to Switzerland, Xi will attend and open the annual economic meeting in the ski resort of Davos on January 17, accompanied by the largest delegation of officials from China since the world's most populous country first participated at the forum nearly four decades ago.

Xi's attendance comes as China has sought to be more influential globally and present itself as a force for stability and champion of globalisation and opponent of protectionism. The Davos forum takes place during a week when the United States, home to the world's largest economy, will be focused on Donald Trump's January 20 inauguration as president.

"We are all aware that we are now in the transition in the world to a multilateral, to a multipolar, geopolitical and geoeconomic structure," World Economic Forum founder Klaus Schwab told reporters in Geneva on Tuesday.

"In the spirit of Davos, we want to engage them as much as possible," he said.

Foreign Minister Wang Yi said last month that China would "lead the way amid a shake-up in global governance, we will take hold of the situation amid international chaos, we will protect our interests amid intense and complex games".

At the same time, while Xi has promised to make the world's second-largest economy more competitive and productive by giving market forces a bigger role, reform advocates complain Beijing is failing to reduce the dominance of state companies. Foreign companies say regulators are trying to squeeze them out of technology and other promising fields.

Ministry spokesman Lu Kang says Xi's January 15-18 trip to Switzerland will also include visits to the offices of the United Nations and the World Health Organization in Geneva, and the International Olympic Committee's headquarters in Lausanne.

This year's World Economic Forum, which first took place in 1971 as a business gathering but has expanded to include politics, culture and humanitarian issues, is expected to draw a record 3,000 leaders from government, business and culture.

Activist Hollywood stars such as Matt Damon and Forest Whitaker are expected to attend along with outgoing US Secretary of State John Kerry and outgoing Vice President Joe Biden, long a Davos devotee.

The presidents of Afghanistan, Azerbaijan, Ukraine and South Africa also are expected be there, as is British Prime Minister Theresa May.