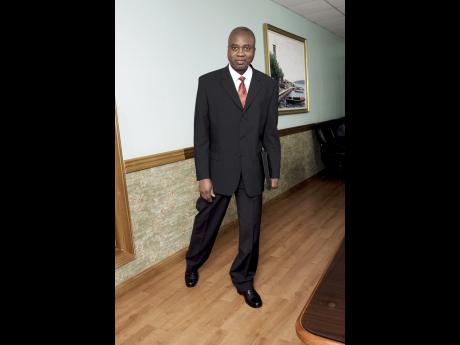 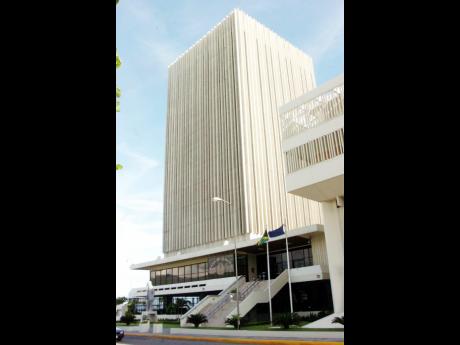 File
The Bank of Jamaica at Nethersole Place, Kingston, is soon to take over regulation of credit unions. The reform has been under way since 1999.
1
2

It's been nearly two decades since the formal process began to bring credit unions under the regulatory ambit of the Bank of Jamaica BOJ.

Last week, the central bank said that there is still legislative work to be done but offered no timelines.

The credit unions, however, expect the migration from self-regulation to BOJ oversight to kick off this year.

"The next draft of the proposed regulations is being finalised by the office of the chief parliamentary counsel after which they will be reviewed," BOJ Deputy Governor in charge of financial institutions regulations, Maurene Simms said on Thursday.

That review is expected to involve the leadership of the credit union movement through its umbrella organisation, the 75-year-old Jamaica Co-operative Credit Union League (JCCUL).

There have already been around 16 years of discussions and restructurings of the credit union movement, interspersed with fights over some stipulations by the BOJ, with some of the conflict spilling out to the public, but this time, the league's general manager, Glenworth Francis, says that the JCCUL team is satisfied that they got what they wanted in the talks leading up to the latest draft.

"We, basically, signed off on the major areas that we had concerns with. It is our understanding that it is now with the chief parliamentary draughtsman, and as soon as it is finished there, I expect that the movement will have another chance to review that document to ensure that what we agreed is adequately and appropriately represented," Francis said.

Simms says that there are a number of other steps afterwards that will culminate in legislation being introduced in Parliament.

"Once the review process is complete, the proposed regulations - which are subject to affirmative resolution, that is, affirmation by both Houses of Parliament, and issued pursuant to Section 34F of the BOJ Act - would be forwarded by the minister of finance to the legislation committee of Cabinet for confirmation of readiness of the bill for tabling," the deputy governor said.

Over the years since the reform programme, the credit union movement has shrunk from 43 to 30 at present, after a series of mergers meant to shore up capital bases to more align with the BOJ's requirements.

Francis says that the JCCUL managed to secure guarantees about capital formation, saying that they have been substantially reduced from levels that would have prohibited the formation of new credit unions. In addition, the movement got the 10 per cent limit on secured loans lifted.

"A limit was being placed on just how much we could give in unsecured credit, and that limit has been removed. That will be a great boost to the credit union movement and its members," Francis said.

Jamaica's self-regulating credit union movement has been negotiating a new regulatory regime with the BOJ since the community banks were designated special institutions under the Deposit Taking Regulations in 1999 by then finance minister Dr Omar Davies.

Credit unions were anxious to avoid the fate that befell commercial banks and insurance companies in the financial sector meltdown of the mid-1990s.

Since then, credit unions have been required to file monthly reports alongside other reports that would go to the supervisory arm of the JCCUL. The league's supervisory arm was backed by a stabilisation fund that would make the necessary intervention and provide needed assistance once it is deemed that a credit union is in trouble.

Francis says that as soon as the BOJ regulations take full effect, that function will fade away.

"The league will cease operating along those lines. It will move from being a quasi-regulatory body to that of advocacy and representation," he told Gleaner Business.

Francis also said that he expects credit unions to come under the BOJ umbrella starting around June.

The central bank will act as the critical authority in guiding how credit unions are run.

The BOJ says once the regulations are in place, it will proceed with the process of licensing credit unions. The licences will be issued by the minister of finance on recommendation of the BOJ. In preparation for this process, the central bank is also beefing up its own resources.

"This process will also include consultation with the relevant authority on the matter of deposit insurance for credit unions, a condition of licensing," said Simms.

"The bank will continue the process of ongoing reviews of the operations of credit unions, preparation of supervisory guidance, and the adequate resourcing of the existing credit union department for the increased work associated with the licensing process and the full assumption of supervisory responsibility for the sector," she said.

The BOJ held training sessions with credit unions in December on a new reporting format.

Francis says that credit unions have always supplied the BOJ with reports; it's just the reporting format that is changing. Simms confirms this, saying that the training was industrywide, and not confined to credit unions.

BOJ is in the process of upgrading its infrastructure for electronic data collection and reporting.

"The new system, JamFIRMS, is aimed at improving efficiencies in data collection to support the business processes of supervision of financial institutions, monetary policy formulation, and the financial stability function of the BOJ. As such the bank provided industry training to facilitate deposit-takers and credit unions submitting data via the new reporting system," Simms said.

As to the lengthy 16 years of talks, Francis indicated that the process has been worth it, saying, the credit unions are emerging with their unique character of personalised service and their mission of service over profit intact.

"This is one of the things we have fought for. We want to ensure that we continue to operate in the way that credit unions ought to operate by putting members in the forefront," he said.

"This is one of the reasons why the regulations have taken so long because we have been constantly negotiating to ensure that the positions of the members aren't compromised."

The movement has a membership base of more than one million, whose savings are estimated at $73 billion. Assets total $95 billion, including loans of $62 billion, both of which have been growing, Francis said.

"We're confident that credit unions will continue to operate in the way that they ought to where we ensure that we provide financial services to our members, especially the underserved, thus ensuring that we bring them into the formal system," said the JCCUL head.