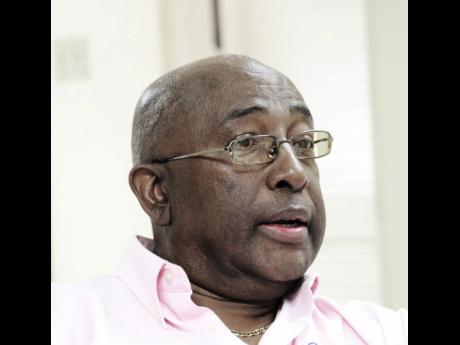 Jamaica's meat companies are weighing a resumption of pork exports to Caribbean neighbours, but say it all depends on the reception from government agencies throughout the region and the harmonisation of standards.

Pork exports from Jamaica to Caricom fell off around 15 years ago, industry sources say.

However, a recent "risk analysis done on Jamaica as to whether it is a suitable place from which pork and chicken can be exported to Caricom, is saying 'yes, all systems go', according to corporate affairs manager at Caribbean Broilers Group, Dr Keith Amiel.

Caribbean Broilers operates in the pork market through subsidiary, Copperwood.

The risk analysis done on Jamaica and a few of its neighbours, comes amid a larger push to identify suitable suppliers among Caribbean territories coming out of the recent scares in the poultry industry which lead to suspension of imports from North American territories.

In 2015, the Veterinary Services Division of the Ministry of Agriculture issued a ban on all poultry and poultry products emanating from parts of the United States as well as other regions, arising from an outbreak of avian influenza or bird flu in that country.

"Because of the dangers of avian influenza and the supplies of chicken to different countries being cut off, they looked at where chicken could come from first within Caricom before anywhere else," Amiel said.

He added that the developments in poultry hold the advantages for pork producers. Additionally, industry sources say some Caricom markets are running short on pork, which Jamaica can help to fill.

The risk assessment was undertaken by the Caribbean Agriculture Health and Food Safety, an agency of Caricom.

Trinidad, Barbados, Guyana and Belize were also reviewed with the reports sent to the respective governmental agencies.

"For Jamaica, it says Jamaica has passed the test to be a suitable source of both chicken and pork for the rest of Caricom," Amiel said.

Each assessment will be presented to the Council of Trade and Economic Development (COTED), another arm of Caricom.

"When they endorse it, then the Caribbean would be free to import meats from Jamaica," Amiel said.

The intention is to have "pork in all its various forms - for example: ham, bacon, fresh pork" exported, said the agricultural specialist.

Caribbean Broilers also told Gleaner Business that efforts to restart pork exports were thwarted in the past because of the disparity in phytosanitary requirements across the region.

This is expected to change with the developing arrangements.