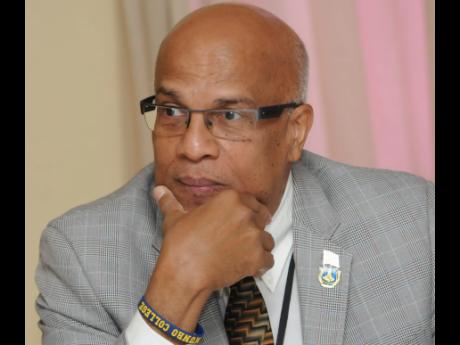 Urban Development Corporation (UDC) called on investors to bid on a number of assets in its portfolio in order to develop downtown Kingston, St Catherine, St Ann and Montego Bay within a two-year timeline.

"Now, we are in the production phase, we invite venture capitalists and business owners with their own ideas about which special-purpose vehicles are appropriate," said UDC General Manager Dr Damian Graham at the JSE Capital Markets Conference in New Kingston. Graham is newly appointed to run the state agency.

The UDC used the conference to outline plans for the specified development areas within its portfolio, to sell properties in some instances and to foster public-private partnerships.

"Most of these projects will be implemented in the next two to three years. Take, for instance, the ones downtown - all the preliminary work is done. It's now about getting the detailed designs. If we get on-board the investors by the end of this (fiscal) year, then we get the detailed design next year, and construction takes place over two years," said UDC Deputy General Manager Robert Stephens.

Some of the investment prospects include construction of a multistorey parking garage and office complex on Port Royal Street, and an apartment complex on West Street in downtown Kingston.

These projects are being pursued as part of the larger redevelopment plan for downtown, along with separate developments downtown being pursued by private and public interests, such as Oceana Hotel Redevelopment; the new GraceKennedy headquarters and financial centre; National Heroes Park; new Ministry of Foreign Affairs headquarters; and the build-out of United Nations House.

Regarding the city of Montego Bay, the UDC will be seeking bids for the development of lands at Seaside in Rose Hall, directly opposite the Montego Bay Convention Centre, as well as a partner to invest, develop and manage the Catherine Hall Entertainment Centre, the venue for the annual Reggae Sumfest festival.

"That property at Seaside, we would ideally want an EP hotel that is linked to the Montego Bay Convention Centre," said Stephens. EP, or European Plan, is a type of hotel package offering basic accommodation.

In St Ann, the UDC will offer 11 acres of prime beachfront property in the seaside community of Cardiff Hall, Runaway Bay, as well as 21 acres adjacent to the golf course, both suitable for resort/residential development.

In St Catherine, there are plans to divest four prime lots in Portmore, which are suitable to be used as ICT/commercial or factory spaces.