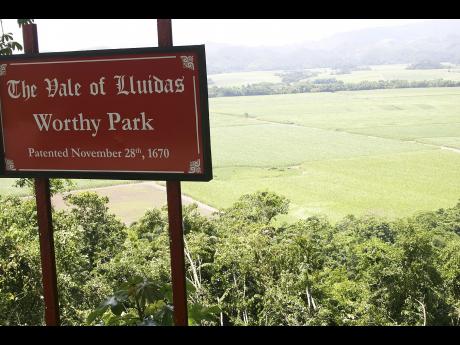 Worthy Park Estates has invested $185 million in a new bagging plant in a bid to break into the local market for bulk sugar destined for retail distribution. The company is moving to diversity its revenue stream and markets away from exports, as the end approaches for the preferential treatment that African, Caribbean and Pacific sugar producers have enjoyed since 1975 in European Union markets.

"The European markets have been through a number of changes in the past seven to eight years. As time passes, it is getting increasingly difficult. So, we need to change our marketing strategy to where we supply sugar for the local market as well as, we need to start seeking markets within Caricom," said Worthy Park's co-managing director, Robert Clarke.

"So far, so good," Clarke declared. "We are up to our weighted capacity and may even have passed it. We are bagging 100 per cent of the sugar the factory makes (for) our marketing company, JCPS," he said.

Worthy Park is also working on the roll out of smaller parcels sugar parcels, 1 kg and 5 kg packages, which are also likely to be distributed by JCPS, Clarke said.

The bagging plant marks a new direction for the company, which has set sights on Caricom markets, as well as local sales, he said.

"In year one, we will only do the 50 kg bags," he said, but declined to specify the timeline for addition of the smaller packages.

Previously, the company exported all its sugar to markets either in Europe or the United States, Clarke said.

"But none of those markets will accept sugar in bulk it has to be bagged," he said, explaining the company's decision to invest in setting up the production line. Worthy Park is now taking aim at the domestic and regional markets, saying the shift is meant to ensure its continuing viability.

Worthy Park has long held the reputation of being one of Jamaica's most efficient sugar factories.

Clarke said the company got off to a late start on the current crop year but plans to export 4,000 tonnes of bulk sugar, while another 20,000 to 23,000 tonnes will be supplied in bags to JCPS for local distribution.

But he was mum on the expected earnings from the new business line.

"We will be paid for our sugar as we have been in the past. On top of that, now they will pay us a bagging fee, so that will help to increase the revenue stream," he said.

It actually helps, he said, because JCPS can procure raw supplies from the estate for its retail sugar product sold under the Jamaica Gold label.

Fifteen new employees have been taken on to man the new production line at Worthy Park in addition to the roughly 800 the company employs. Alongside sugar, the estate also produces its own branded rum, called RumBar