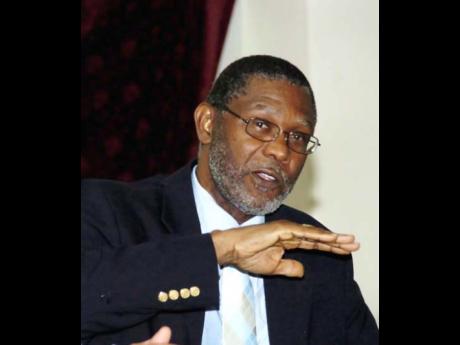 Jamaican Teas shareholders approved a two-to-one split of the stock on Wednesday to boost value amid expectations the stock will continue to appreciate as the company grows.

The split, the second in just over a year, took effect a date after the vote, on Thursday. It increased the number of listed JAMT shares from 337 million to more than 678.8 million. The stock closed the week at $3.67 or half the value it traded at just before the split.

It comes amid continued growth for the tea maker, which has just expanded its property arm through acquisition of a warehousing operation in Kingston, after doubling profits from current operations in 2016.

"Historically, the data shows strong progress and growth in the company for the last 10 years and the trajectory is upwards, which would suggest a level of solid growth for the company and portends positive developments going forward," Chairman John Jackson told Gleaner Business after the annual general meeting on Wednesday.

Last March, Jamaican Teas split its stock after the price climbed close to $8 per share. So far this year, the stock has traded as high as $9.50, but pulled back to $7.33 as of Wednesday.

"We've put forth a proposal to split the stock at the same level that we did last year. It was very positive for the stock then and we expect it to be same for this year. By the end of the year, we expect to see improved results," Jackson said.

As for the new investment in KIW International, which the company bought from the Jamaican Government for $57 million, Jackson said the board would be meeting soon to determine the next steps.

"That company has been moderately profitable as a portfolio of investment, which has been performing exceedingly well for KIW. We are going to meet to determine what areas we become involved in, such as development warehousing, or whether we dispose of those assets and use those funds for other forms of investments," Jackson told Gleaner Business.

"Our valuation of KIW and the value of those shares mean we would have created instant profit for our investment. In fact, the net asset value is suggesting that we will have made a tidy profit, so, therefore, it is turning out to be an excellent investment," he said.

Jamaican Teas is involved in tea manufacturing and real estate development. It plans to split off the real estate operation into a separate company.

Last year, Jamaican Teas doubled profit from $72 million to $146 million. It remains on a positive trajectory. First-quarter sales climbed by a modest eight per cent, but CEO John Mahfood reported to shareholders on Wednesday that the preliminary numbers for the second quarter ending March 2017 are already showing that sales rose by a more robust 38 per cent. Exports are up 47 per cent year on year, he said.