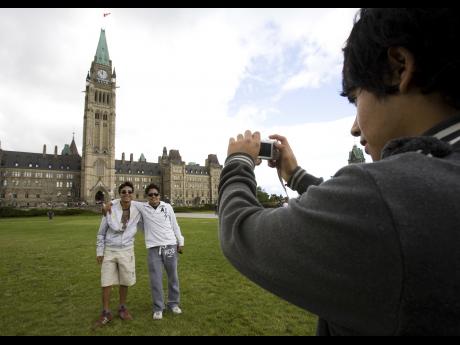 Foreign nationals who don't live in Toronto and its surrounding communities will pay an additional 15 per cent tax on homes under legislation proposed by the Ontario government.

Ontario Premier Kathleen Wynne made the announcement Thursday in an effort to cool a hot housing market in Canada's largest city.

It matches the 15 per cent tax the Pacific coast city of Vancouver has implemented. Wynne said the tax is not about targeting immigrants.

"We're targeting those are who aren't looking to raise a family. They are only looking for a quick profit or a safe place to park their money," Wynne said.

The average price of detached houses in the Greater Toronto Area rose to Can$1.21 million (US$900,000) last month. Wynne said when the market jumps 33 per cent in a year they know there's a problem.

"There is a need for interventions right now in order to calm what's going on," Wynne said.

The tax will be imposed on buyers in what's known as the Greater Golden Horseshoe area who are not citizens, permanent residents or Canadian corporations. Once the legislation passes, the foreign tax would be effective retroactively to April 21.

Wynne introduced other measures as well. Ontario is also expending rent control, which currently only applies to units built before November 1991. Tenants in newer units have complained of dramatic spikes in rent.

The premier said they are taking aim at speculators and are tackling affordability.

The government doesn't keep statistics on the number of foreign buyers. There has been talk Asian investment in Toronto picked after Vancouver introduced its foreign buyer tax last summer.