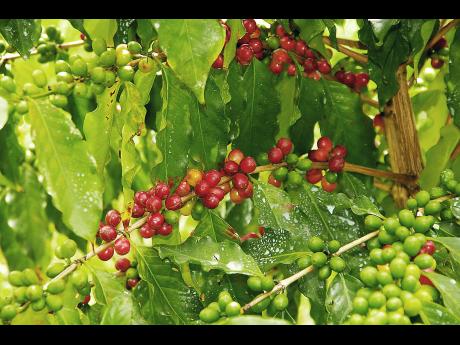 Shane Whittle, one of several individuals implicated in a 2015 United States Securities and Exchange Commission (SEC) alleged pump-and-dump scheme surrounding the Jammin Java stock, which traded as Marley Coffee, has reached a voluntary settlement to repay $1.8 million, plus a US$250,000 fine.

Whittle, former chief executive officer, settled without any admission of wrongdoing. A United States district court entered a final judgment on the matter for Whittle on April 11, according to a release on the matter.

The alleged pump and dump occurred in 2011 involving the stock of Jammin' Java Corp.

"As part of the agreement resolving the case with the SEC, Mr Whittle agreed voluntarily to pay a US$250,000 fine plus repayment of over $1.8 million (and interest) representing funds Jammin Java, not Mr Whittle, received. The US District Court accepted the parties' consent agreement and entered final judgment consistent with that agreement," said the release.

It's the latest conclusion of a series of unrelated court cases surrounding Marley Coffee USA and its former executives. In November 2015, the SEC announced "fraud charges against several alleged perpetrators behind a US$78-million pump-and-dump scheme involving the stock of Jammin Java". The regulator alleged that Whittle orchestrated the scheme with three others who live abroad and operate entities offshore.

"I am delighted to bring closure to this challenging chapter," said Whittle. "My experience co-founding the global brand Marley Coffee - a gourmet organic coffee producer - with Rohan Marley, the son of late reggae singer Bob Marley, was a remarkable and instrumental learning part of my life. Marley Coffee licensed its brand worldwide, including to Jammin' Java. I gained extensive knowledge and experience as we brought a commodity product from Jamaica, Ethiopia and the Americas to the mainstream retail space for consumers to enjoy with every sip. With my vision of taking on international markets in one of the most competitive industries on the planet, there was no stopping our challenging endeavour. From 2011-2015, Jammin' Java expanded operations, growing revenues to $14 million in 2015 with almost 15,000 retailers in North America selling Marley Coffee-related products," he added.

Whittle further stated: "Among the lessons I learned was that when building something on passion and big vision, entrepreneurs must properly vet professionals and work with a skilled management team to ensure that all laws and regulations are vigorously complied with. That is crucial for all entrepreneurs to build a sustainable and successful business - a lesson I have certainly learned through this experience and have implemented in all my current business undertakings."

Nathan Hochman, Whittle's US counsel and deputy chair of Morgan Lewis' white collar litigation and government investigations practice, commented: "Without admitting any wrongdoing, Mr Whittle voluntarily accepted a ban for 10 years in US penny stock offerings as well as a ban on being a director or officer in a publicly traded company in the USA. Mr Whittle has indicated that he has no interest in holding such positions nor in dealing with penny stocks within the United States".

Last May, Marley Coffee indicated that it reached a possible settlement with the SEC over a fraud investigation mainly involving Whittle. Marley Coffee annual sales amounted to US$12.3 million, up from US$9.3 million a year earlier. Its net losses totalled US$5.2 million compared to US$10.2 million the year before.

The company is in a state of flux as entities owned by the Marleys pulled the Marley name from the brand last year. Additionally, its CEO Brent Toevs resigned.