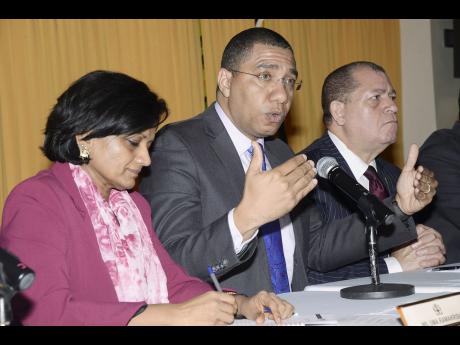 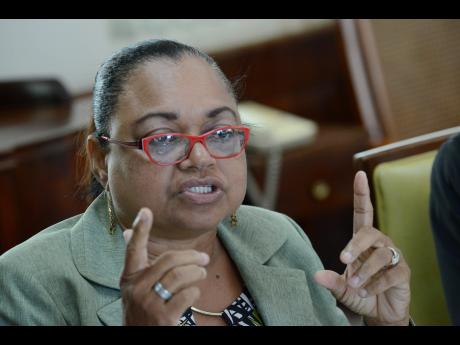 The International Monetary Fund (IMF) is warning of risks to stability if there is no consensus on needed reforms, including wage restraint and efforts to curb the unemployment rate, despite recent economic gains.

IMF Mission Chief to Jamaica Uma Ramakrishnan made the call as she delivered the results of the just-released first biannual review of Jamaica's standby arrangement with the fund. At the same time, president of the Jamaica Confederation of Trade Unions (JCTU), Helene Davis-Whyte, says the comment from the mission chief has to be seen in the light of the IMF's agreement with what she calls, "an ill-conceived policy in relation to what has been termed the 'tax give-back'."

Davis-Whyte says a lot of the problems being faced now are in direct relation to the implementation of the policy to raise the income tax threshold to $1.5 million and shift the burden of taxation from direct to indirect taxes. She says trade unions find it hard to listen to such an appeal from the IMF.

"It is difficult for one to understand how you could okay that policy position of the Government and at the same time expect that the unions and the workers would be willing to temper expectations. The IMF obviously okayed it, but they must have recognised that it was going to have the very same impact that we're seeing now," Davis-Whyte said.

The JCTU president says that while workers are aware that fiscal constraints will affect the ability to pay, negotiations will be guided by the drive to preserve the spending power of members, especially in terms of disposable income.

In the first review of Jamaica's three-year standby arrangement, the IMF warned that it was critical to preserve the social consensus for reform in order to sustain "the gains to macroeconomic stability and resilience that have been achieved over the past four years". The IMF is urging the Government to take careful and deliberate steps to engage stakeholders, especially in light of the need for public-sector reform and wage restraint.

"The Government will need to carefully plan, manage, and communicate upcoming public-sector changes, especially in light of ongoing public-sector wage negotiations," read the executive summary of the report.

Ramakrishnan said continued fiscal consolidation is important as reflected in the seven per cent of gross domestic product (GDP) primary surplus target under the 2016-17 Budget, noting that it remains critical for further debt reduction.

She pointed to the size of the Government's wage bill as

a possible impediment to

"Jamaica's wage bill is still high by international standards, so there has to be some progress in that direction in order to reprioritise spending and release some of the money for growth-enhancing spending," said Ramakrishnan, who was in Washington, DC fielding questions via a conference at the Bank of Jamaica this week.

She emphasised a possible fallout if trade unions do not temper wage expectations, noting that the wage bill-to-GDP ratio, currently at 9.6 per cent, is due to be reduced to nine per cent by 2018.

In a statement released with the first review, which Jamaica passed, Ramakrishnan highlighted the need to reduce the number of public bodies as one way of addressing the high wage bill.

"Every effort is needed to improve public-sector resource allocation and efficiency", said the statement. "Reducing the wage bill remains an important priority at the same time as reducing the number of public bodies and improving their monitoring, which will enhance their governance and transparency and reduce their fiscal risks," Ramakrishnan added.

The report says that programme implementation remains strong under the standby arrangement, with sustained positive GDP growth. It again endorsed the Government's shift from direct to indirect taxes.

Meanwhile, the IMF is examining data and methods with a view to giving technical assistance in a reform of the Bank of Jamaica's foreign currency market operations. The mission chief says that the optics of the present market arrangement are not likely to change, but that the way the central bank interfaces with the market output will be reformed.

The 36-month standby arrangement entitles Jamaica to a total of US$1.64 billion in draw-downs if they are needed. So far under the programme, Jamaica has access to US$574 million.