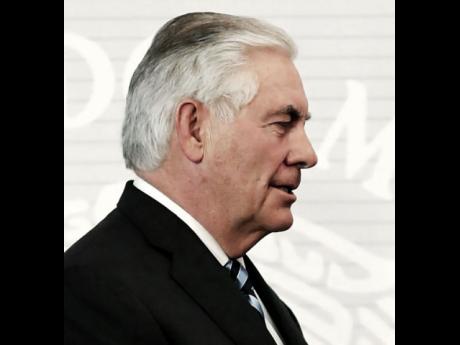 Todd Ricketts, a co-owner of the Chicago Cubs and son of TD Ameritrade founder Joe Ricketts, was unable to resolve conflict-of-interest issues in taking the No. 2 job at the department.

Ricketts says in a statement that he is "deeply honoured" that Trump nominated him for the post, a selection he made at the end of November.

"I offer my continued support for President Trump and his administration, and the important work they are doing to promote economic opportunity," Ricketts said.

During the presidential campaign, Ricketts helped raise at least $66 million for outside groups called Future 45 and 45 Committee -- a nod to Trump as the incoming 45th president.

But before helping Trump, Ricketts belonged to a super political action committee that spent more than any other trying to stop Trump from winning the Republican presidential nomination.

Ricketts' withdrawal was first reported by the Chicago Sun-Times.

The 47-year-old has diverse business interests - from a bicycle shop in Chicago to sitting on the board of directors at TD Ameritrade. He would have served under Commerce Secretary Wilbur Ross.

Neither a spokesman for Ross nor the White House immediately responded to requests for comment.

Trump has filled his administration with wealthy, high-profile business leaders who came with larger-than-usual business conflicts. The picks have had to work with the Office of Government Ethics to resolve them, a process that involves either selling off assets or agreeing to sit out discussions that directly involve their financial interests.

In most cases, the new employees have reached ethics deals. For example, Secretary of State Rex Tillerson divested his holdings at Exxon Mobil, where he was chairman and chief executive officer, before taking his position. The move cost him about $7 million from his retirement deal, although he'd been set to leave the company even before taking the post.

But Ricketts joins a few other wealthy nominees in concluding their new positions didn't make financial sense for their families.

"After an extensive review process, I have determined that I will not be able to satisfy the Office of Government Ethics requirements without undue disruption and materially adverse divestment of my family's private financial interests," he said in a statement at the time.

Earlier, Trump's choice for Army secretary pulled out for similar reasons. Like Ricketts, Vincent Viola, a billionaire businessman and founder of the trading firm Virtu Financial Inc., offered to continue supporting the administration even after deciding he couldn't be a part of it for financial reasons.