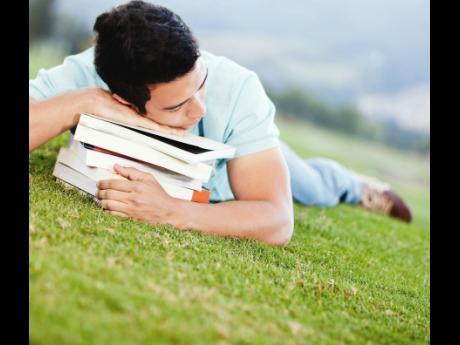 Much of the national debate over the past two weeks have centred around the Government's controversial tax measures of $13.5 billion imposed to fill the hole in the budget.

But how have these tax measures impacted on the higher education sector?

In the absence of a detailed study on the costs of running a tertiary institution, it seems the recent tax measures will cause an increase in overall costs of running these operations. Some of the increased bills that will arise include:

- Electricity: With the hike in the SCT being levied on fuel used to generate power, tertiary institutions now face higher electricity bills.

- Transportation: This bill is also expected to soar, with the cost of gasolene and diesel fuel at the pumps going up as much as 15 per cent in some cases.

- Other fuels: Increased taxes have been levied on liquid petroleum gases such as propane and butane, which are required to run college canteens, campus residences and science labs. These are costs that tertiary institutions will have to factor into their upcoming budgets.

- Group health insurance: Depending on the employment arrangement, tertiary institutions may face increased costs to some of its employees. However, this may not affect the budget in a significant way.

At the individual or household level, tertiary-level students and their families will likewise face all these costs. More specifically:

- Tertiary students may have to fork our more for transportation by private motor vehicle or possibly by public transportation, if these operators are able to recover their expenses from increased operating costs.

- Higher electricity and motor vehicle costs may result in increases to basic cost of living, such as food and utilities.

- The overall higher cost of living may place additional pressure on households' ability to pay tuition fees, resulting in difficult choices for those seeking to access tertiary education.

With respect to property taxes, information on the website jamaicatax.gov.jm states that all building and lands used solely for educational purposes are exempt from paying property tax. Once this is confirmed, this will come as a huge relief for tertiary-education institutions.

In response to the higher fuel and utility costs, tertiary institutions are turning to alternative energy and utility sources such as solar and wind, and independent water supplies. The Mona Campus of the University of the West Indies is saving $150 million per year in bills to the National Water Commission with its water well. Also, the University of Technology recently signed a $5-million agreement with the Petroleum Corporation of Jamaica to finance research and development in renewable energy.

What are the positive measures in the recent Budget announcements?

- The implementation of the $1.5-million income tax threshold for employees will result in many households having extra income, thus making tertiary education more affordable for some students.

- The lowering of the interest rate on loans from the Students' Loan Bureau for specific areas of study presents a source of hope for students struggling to finance their tertiary education. The selection of students of maritime and logistics, agriculture, engineering, and information and communication Technologies to receive these lower interest loans send a clear signal as to Government's direction towards economic development. It is an inducement for students to position themselves to compete in the new Jamaican economy as well as

- to make optimum use of family resources by taking advantage of interest rates as low as 6.5 per cent.

Along with these measures, the number of scholarships for students to be trained as mathematics and science teachers present great opportunities for students of lower incomes to pursue tertiary studies.

Perhaps it is time for students to gather information about the marketability and affordability of areas of study rather than any perceived preference they may have.

In general, increased taxes are likely to have a negative effect both on tertiary institutions and their students. It is for the institutions and students to take advantage of those policies that can help them to navigate successfully within our challenging economic environment.

- Dr Winston Adams, JP, is group executive chairman of the University of the Commonwealth Caribbean (UCC), a private higher-education institution, a member of the UCC Group, and the American Council on Education. He is also immediate past chairman of the Joint Committee for Tertiary Education (JCTE) and 1st vice president of the Jamaica Association of Private Tertiary Institutions.