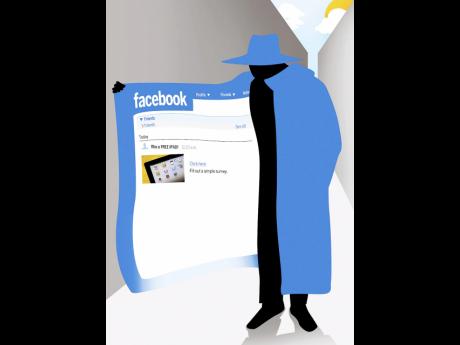 Cash-strapped entertainment company C2W Music Limited has explained that it stopped social media posting for more than two years in order to cut costs at the company.

Its website was also down for some time, but that is now back online. The company indicated that rather than plug its own activities on social media platforms, it would use the pages of the artistes themselves.

"We continue to restructure the company and reduce costs until the company is at a financially stable place, with our new business model," stated Chairman, Derek Wilkie, in an emailed response to Gleaner Business queries.

The company years earlier stated that it transitioned from only offering music publishing to a company which offers artiste management.

"One area of expense reduction is the staffing that goes along with social media activity," Wilkie said. "We felt that the company is not necessarily marketing its services to the general public but rather marketing our artistes, songwriters and song catalogue to the music business industry globally. All of our artistes and songwriters have active and vibrant social media platforms, so until further notice, it is best that we push those platforms and continue to save on direct C2W expenses."

The company's last post on Twitter and Facebook was March 2015 and four years ago for YouTube. On the financial side, the company managed to earn US$42,570 net profit on revenues of US$66,700 for its year ending December 2016, which compares with a net loss of $18,500 a year earlier.

The company derived 88 per cent of its revenues from performance royalties from publishing fees and 12 per cent from synchronisation royalties.

It is now nearly five years since the company was listed on the Junior Market of the Jamaica Stock Exchange, having done so on April 26, 2012. The company spent more than US$1 million it received from listing on the market without a corresponding rise in revenue over the years.

"The plan is certainly to continue to show a profit and grow the profit of the company on a yearly basis. With our business model, the timing of income varies, so although we may or may not be profitable in all quarters, we are tirelessly working towards growing our new business model, which we believe will show profit at the end of each year," he stated.

C2W's independent auditors Baker Tilly Strachan LaFayette indicated that despite the profit, the company has an accumulated loss of US$1.2 million as at December 2016 and that the company's current liabilities exceed its current assets by US$145,922.

"From inception, the company has not achieved the level of revenues projected and required to sustain its operations. The ability of the company to generate sustained profitable operations is sensitive to the successful implementation of the strategies and the key assumptions around revenue growth and continued cost reductions. Should these assumptions not materialise such that the company is unable to service its obligations when due, this will pose a going concern risk to the company," stated the auditors.