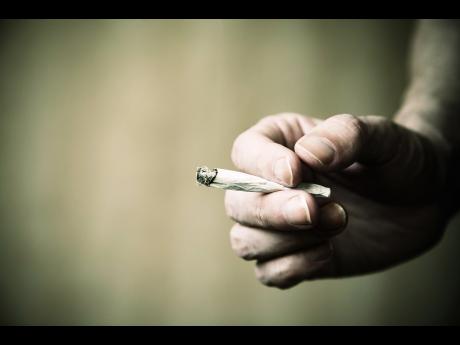 QUESTION: My 18-year-old son is a university student. He recently got his driver's licence.

On some occasions, I take him to school and pick him up in the evenings on my way home. At other times, he takes the car to school. I have noticed a few times that it appears like he has been smoking ganja, which smells different than tobacco. He denies smoking both. I worry that smoking ganja may make him more accident-prone. Would the use of ganja complicate any claim that may be filed under my motor insurance while he was driving?

ANSWER: Blogger, critic and newspaper columnist Annie Paul wrote a piece in this newspaper recently. It was headlined "Evening sun can't dry clothes." In it, she recounts the early history of the Rastafarian movement and discusses the apology made to members of this group in Parliament by Prime Minister Andrew Holness.

The PM expressed regret for atrocities that were committed against Rastas by the then government, over 50 years ago.

Rastas, Ms. Paul said, were perceived as "disreputable, dangerous thieves and murderers" by the political parties and the middle and upper classes. They were shunned because they "smoked ganja."

Times have certainly changed. The upper and middle classes now smoke ganja regularly without any stigma, much like Rastafarians and others do. Ganja has moved irrevocably from the fringes into the mainstream. The society has officially recognised the shift in attitudes towards ganja. The Dangerous Drugs (Amendment) Act, which was enacted nearly two years ago, is evidence of this. "The possession and smoking of ganja, (its) use by persons of the Rastafarian faith, and use for medical, therapeutic, and scientific purposes" is no longer associated with society's outcasts. Sunday Gleaner reporter Ryon Jones wrote last week that a leading international proponent of marijuana policy reform - and, by the way, former Harvard and Princeton academic Dr Ethan Nadelmann - was urging the prime minister to speed up the reforms in the ganja industry before "the country misses out on significant economic opportunities ..." The doctors' lobby group, on the other hand, is expressing caution.

The insurance issues should be examined in the context of the societal changes and the changes to the law.

- The possession of two ounces or less of ganja is no longer an offence for which one can be arrested, charged, and have to go to court; it will not result in a criminal record.

- The police may issue a ticket to a person in possession of two ounces or less of ganja similar to a traffic ticket, and the person has 30 days to pay the sum of J$500 at any tax office.

- A person who is found in possession of two ounces or less and who is under the age of 18 years, or who is 18 years or older and appears to the police to be dependent on ganja, will also be referred to the National Council on Drug Abuse for counselling, in addition to having to pay the $500 fine.

- It remains a criminal offence to be in possession of over two ounces of ganja, and offenders can be arrested, charged, tried in court and, if found guilty sentenced to a fine or to imprisonment or both.

- A person who smokes in public cannot be arrested or detained. However, the police may issue a ticket to that person, who will have 30 days to pay $500 at any tax office. For the purposes of these smoking rules, a public place includes a workplace and any place which is for the use of, or accessible to, the public, such as sidewalks, bus stops, restaurants, offices, educational institutions, pharmacies, hospitals, areas used by children, supermarkets, and parks.

The law does not make it an offence to smoke ganja and drive. Also, it says nothing about the popular household remedy for colds, sinus and other respiratory conditions: white rum infused with ganja. What would happen in a particular insurance claim situation will largely depend on the facts of the case and on what the insurance contract says. My policy, for example, says that it does not insure, "any liability, injury, loss, or damage while the vehicle insured is being driven by any person under the influence of any intoxicating substance."

What does the phrase "under the influence" mean or the adjective "intoxicating" mean? The latter can be interpreted as meaning, according to my dictionary, "an alcoholic drink or a drug (like tetrahydrocannabinol or THC, one of the chemical compounds found in ganja) that is liable to cause someone to lose control of their faculties or behaviour."

Whether such compounds are found in the blood of a particular driver and in what quantity would have to be proven by the insurance company for the exclusion to apply.

The US National Highway Traffic Safety Administration says "Marijuana users were about 25 per cent more likely to be involved in a crash than drivers with no evidence of marijuana use."

The use of alcohol and drugs like ganja are major risk factors in the frequency and severity of motor vehicle crashes as you appear to have concluded. My suspicion is that given the widespread use of ganja in our society, insurers have, over the years, tended to turn a blind eye to ganja-related crashes. This means that all of us - ganja users and non-users - end up paying for this particular risk factor.