Francis Wade | Why you shouldn't 'try to do it now, before you forget' 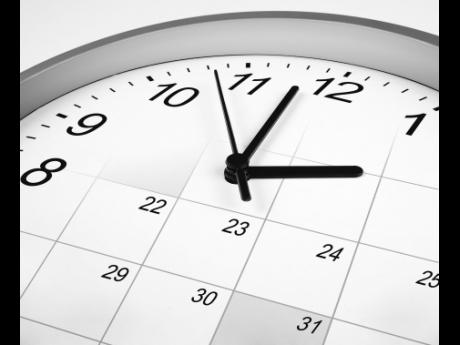 Why is it that when you are overwhelmed by everything you have to do, it's hard to escape this unwanted feeling? Sometimes it's caused by unconscious habits such as the phrase many Jamaicans utter when we are under pressure at work: "Let me do it now before I forget." While this practice comes from a good place, there's a big drawback.

Recently, psychologists discovered that we don't trust our future selves. It's the version of you which is supposed to get things done later, the one to whom you delegate incomplete tasks. Where did this sentiment originate?

A first thought could be that your parents taught you this mistrust. After all, they were the ones who insisted that you pick up your socks NOW, because you could not be trusted to do so later, on your own. What you may not realise is that hidden behind their words was a subtle, negative message.

Today, your mind (or your boss) has taken over their judgemental tone. It has examined your past performance and decided that you are unreliable. So, it screams at you to do stuff now, to prevent it from joining a bundle of other promises you failed to fulfil. Although it's a shrill, guilt-filled reminder of your mistakes, it justifies its existence because there are times when it has saved you from disaster.

Unfortunately, you won't achieve high productivity and peace of mind with this voice shrieking in your ear. Here is

the reason and how you

Why You Can't Do Everything 'Now'

When you were young you learnt that it was better not to put things off: doing it 'now' was the only way to guarantee peace of mind. Unfortunately, this conclusion is false.

It's impossible to do everything 'now', unless you happen to be a pre-teen with few responsibilities and a strong back-up network of parents, teachers and friends. It's a habit that doesn't scale; it falls apart when this network disappears or your work becomes too complex.

For most people, this happens by their late teens. Like them, you became interested in completing projects with a span of several months, encompassing lots of tasks. Insisting that you do everything right away became a bit like trying to study for every exam 'now'. Impossible.

As an adult, telling yourself to "do something now before you forget" is actually an admission of failure. It implies that your own methods cannot be trusted, so you must resort to extreme measures.

Some falsely believe that this tactic is mandatory because they have a poor memory. Others blame it on a lack of character or a personality defect. Certainly, when we are in a position of power and force someone else to 'do it now', we are finding fault - it's something they could fix if they wanted.

Maybe we have it all wrong and it's not a matter of guilt. Here are some better options that are based strictly on behaviours.

Trust in Your Future Self - Part 1: Small Wins

Research by the Mayo Clinic in the area of fitness shows that people limit themselves with their focus on positive or negative self-talk. A better approach is to make a shift in focus towards habits, practices and tools: visible behaviours. Self-talk rarely works. Contrary to popular opinion, our mind responds more favourably to a regular pattern of behaviour than it does affirmations.

Set up a long list of small actions and accomplish them one by one. Over time, your mind's judgement will follow.

Trust in Your Future Self - Part 2: Keep Finding a Match

Ultimately, as you progress in your career, you want to prevent the kind of failures that cause you to lose trust in your future self. The only way to do so is to ensure that there's a match between the volume of tasks you are trying to manage and your techniques. Whenever there's a mismatch, you will make things worse.

This means that you must pay close attention to two things. First, early warning signs of trouble inform you of potential problems, showing you when it's time to make improvements in your task-management methods. Second, you should know what your next upgrade to your habits, practices and tools consists of long before you need it. Both these pieces of knowledge come from a sound diagnosis of your current time-management skills.

Most people don't have this kind of insight - they stumble around in the dark hoping for the best. However, if you follow these steps, you won't ever find yourself lost in overwhelming feelings, unable to find a way out. You'll be able to do what it takes to correct the situation, freeing yourself from a need to do everything 'now', because you will be someone who never forgets: a reliable colleague.