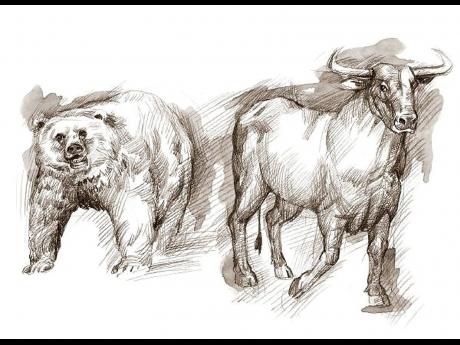 Profits are climbing for companies, and so are their stock prices.

More big businesses joined the earnings parade Tuesday, saying their profits were even bigger in the first three months of the year than analysts were expecting, including Caterpillar and McDonald's. The gains put US indices on track to add to their big gains from Monday.

The Dow Jones Industrial Average climbed even more due to the big gains for Caterpillar and McDonald's, which are both among the 30 stocks in the average. The Dow rose 223 points, or 1.1 per cent, to 20,987.

After struggling for years with a slow global economy and weak oil prices, big US businesses are in the midst of reporting their best quarter of profit growth in years, analysts say.

Many investors say the strong profit reports are necessary for them to feel comfortable with how high stock prices have become. One traditional method used to gauge whether a stock is too expensive is to compare its price to how much profit the company makes. In recent years, stock prices have climbed faster than earnings, which has led sceptics to say the market looks expensive.

The machinery maker Caterpillar soared $6.31, or 6.5 per cent, to $103.11 after reporting stronger revenue and profits for the first quarter than analysts expected. It also raised its forecast for full-year results. The big gain means its stock has recovered from losses incurred last month on worries about an Internal Revenue Service challenge of its taxes. Caterpillar has denied it broke any federal tax laws.

McDonald's jumped $5.44, or 4.1 per cent, to $139.67 after likewise surprising investors with better-than-expected results. New items on its menu helped it to drive sales at its US restaurants.

Biogen climbed $13.44, or 4.9 per cent, to $290.30 after reporting stronger revenue and earnings than analysts expected.

One of the main reasons for the stock market's strong ascent since November is excitement about the prospect for lower taxes for businesses.

President Donald Trump is expected to unveil details of his tax plan on Wednesday, including a cut in the corporate tax rate to 15 per cent from 35 per cent.

Investors, though, have grown more sceptical about the ability for Republicans in Washington to push through big change following their stumbles in overhauling the nation's health-care system as promised.

Washington could remain centre stage for investors' attention this week. The federal government is at risk of another shutdown unless Congress agrees on a spending plan.

Express Scripts Holding was among the few stocks to fall on Tuesday, and it lost $7.65, or 11.4 per cent, to $59.60. The company's biggest customer, Anthem, doesn't plan to renew its contract after it expires in 2019.

Only two stocks fell for every five that rose on the New York Stock Exchange.

Global indices added to big gains they made on Monday, when markets soared after results from the first round of France's presidential election raised expectations that the European Union and the euro currency will remain intact.