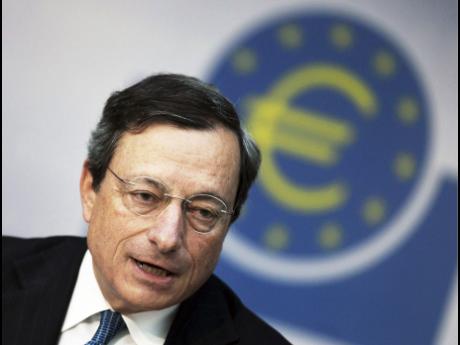 The European Central Bank (ECB) kept its stimulus programme and interest rates unchanged Thursday even though it conceded that the economic recovery in the 19-country is becoming stronger.

Though a raft of economic indicators in recent weeks have pointed to a strengthening recovery, there was little expectation the bank would adjust policy in the run-up to the second round of France's presidential election, in which anti-euro candidate Marine Le Pen is battling pro-EU front-runner Emmanuel Macron.

A Le Pen victory on May 7 could unsettle financial markets since she has advocated taking France out of the shared, 19-country currency.

ECB President Mario Draghi suggested that the election had no bearing on the bank's decision and that the subdued inflation outlook remained the main driver of policy.

"We actually don't do monetary policy based on likely election outcomes," Draghi said at a press briefing following the decision. "We have not seen sufficient evidence to alter our inflation outlook."

Draghi said the bank is not confident that inflation will rise and stay at the bank's goal of just below two per cent in the year to March, headline inflation was 1.5 per cent with the underlying rate, which strips out volatile items such as energy, was even lower at 0.7 per cent.

Draghi's inflation comment kept a lid on the euro's value, which was trading 0.3 per cent lower at $1.0867 after briefly pushing up to $1.0920 when Draghi noted the improving economic outlook. However, he reiterated the bank's view that the risks remained tilted to the downside.

"Incoming data since our meeting in early March confirms that cyclical recovery of euro area economy is becoming increasingly solid and that downside risks have further diminished," he said.

In the statement accompanying Thursday's decision, the ECB omitted any hint of when the bank might taper off its extraordinary support measures.

Speculation of such a taper has grown as surveys show the Eurozone economy accelerating sharply this year. That was further evidenced in a survey earlier from the European Union's executive commission, which found that economic sentiment in the Eurozone is at a near 10-year high.

"It's true that growth is improving; things are going better," he said, describing the recovery as "solid and broad" as against "uneven and fragile" a few years back in 2013.

However, the ECB does not seem to want to take any chances still, especially as unemployment, though on a downward trend, remains elevated at 9.5 per cent.