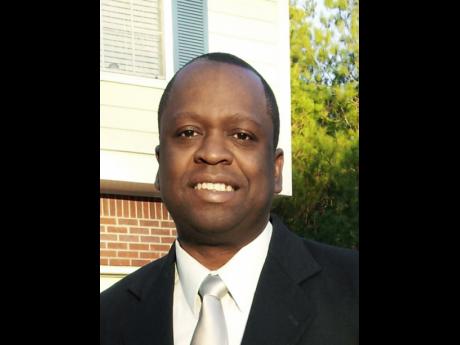 A new housing develop-ment targeting the burgeoning Airbnb market is in the early phases of development in Discovery Bay, St Ann. The development, called Mellos Crest, has been two years in the making which is about the time necessary to get approvals, according to developer Larry Morgan.

"It took a long time to get the parish council approvals," he said, but added that "we got the go, ahead from the Real Estate Board and our real estate number just a few weeks ago".

The development, located in the Bridge Water area of Discovery Bay, comprise six one-bedroom luxury units located a five-minute walk to the Puerto Seco Beach. Preconstruction cost was put at US$98,000.

Morgan says that now that the development is off the ground, the cost for each unit has moved to US$115,000. Common amenities include a swimming pool, gardens, and security.

"So far, we have a half of the units pre-sold. People are interested because they see it as an investment. It's five minutes from the beach in a prime tourist area and it's gated," Morgan said.

"People do rentals in that area on Airbnb for US$100 to US$120 per night, so they see this as a good investment for rental income. You can have an owner clearing $1,000 to $1,200 per month, after expenses, when they are not occupying the premises," he continued.

Morgan is chief executive officer of IQ Homes, a real estate development company operating in Florida, United States, since 2012. The company focuses on the Caribbean, in particular, Jamaica.

Companies Office records show that in 2015 IQ Homes & Building Systems was registered in Jamaica. The latest venture, according to Morgan, came out of a concern for the fact that several housing developments are started in Jamaica and never seem to be finished. He said he has developed a new building system that will lower the risk of a project stalling.

"I was concerned about the number of unfinished buildings that are around the place," he said, adding that "they're started and eventually you see trees growing out of the foundation and they are never finished. The use of the (building) system really ensures that we go a far way and not to have material shortages and so on."

The building system utilises metal columns and beams along with 2.5 x 10-foot slabs. At present, the slabs are being sourced from Hong Kong and will be in Jamaica in another 45 days, at which time Morgan hopes to push the project along.

"We're doing the foundation work now so that when the slabs arrive, the building can go up very quickly," he said.

Over time, according to Morgan, the plan is to ultimately have a fabrication plant in Jamaica so that slabs can be done quickly and, hence, save foreign exchange.

He says Mellos Crest is the first step in a drive to create jobs, housing solutions, and sustainable development.

Morgan believes that starting with building for the tourist market is a good first step.

"We plan for the medium and long term, and expect the tourism industry to continue growing, demanding more residences for workers in the tourism industry and, as well, for those in the Jamaican diaspora desiring investment properties to live comfortably when they are in Jamaica, and can also earn from as rentals to other visitors," Morgan concluded.

Data by various online sources vary, but it is said that there are between two million to three million Airbnb listings in thousands of cities and 191 countries.