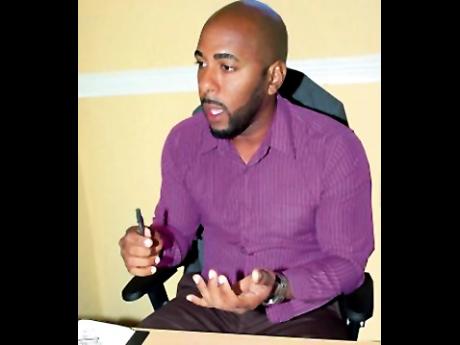 Money lending outfit Sprint Microfinance is moving to supply a need that it sees in the loan finance market called factoring, which, according to the company's chief executive officer, Christopher Barrett, is not exactly new but expressed surprise that it was not yet been offered locally.

"When I was doing my research, I called up a few microlenders and even major banks, and no one was doing it at all, certainly not in any official capacity," he said.

In addition, says Barrett, he has noticed in his own business, over the years, that there is a real need to aid cash flow based on the fact that they have to depend on others.

"I'm in a business where I lend to small enterprises and one of the main complaints that they have when it comes to doing their payments is (saying), 'they haven't been paid yet'. That gave me the inkling that there is business out there," Barrett told the Financial Gleaner in an interview.

Factoring is a financial transaction and a type of debtor finance in which a business sells its accounts receivable - invoices - to a third party, called a factor, at a discount. A factor is a financial intermediary that purchases receivables from a company and agrees to pay the value of the invoice less a discount for fees. The factor advances most of the invoiced amount to the company immediately and the balance upon receipt of funds from the invoiced party.

A business will sometimes factor its receivables to meet its present cash needs. If a small business operator is prepared to take a haircut on their outstanding payables then there is room for that, according to Barrett.

"If you have an invoice on which you're going to get paid in 30 days, we will pay that to the service provider right now and the actual full payment of the invoice will be sent to us from the merchant," Barrett said.

The haircut involves a 10-15 per cent discount on the face amount of the invoice. Barrett said the level of discount is determined by a risk assessment which takes into account the payment reputation and size of the company that owes the service provider.

He said the service has been pilot tested over the last three months. The range on invoices covered was from $150,000 to about $500,000. "There was a one-off for just over $1 million, but those were the ones we covered," he said. Service providers included those from food and agricultural produce to plumbing and architectural firms. Barrett said that with the official launch, Sprint is not very particular about the size or form of their clients.

"It doesn't have to be a big company. It can be a simple plumber that does work regularly for clients," he noted.

Barrett pointed out that Sprint is careful to cover all risks, which means there is collateral that the service provider may have to provide initially.

The Sprint factoring service should see a full roll-out by the first week in May.