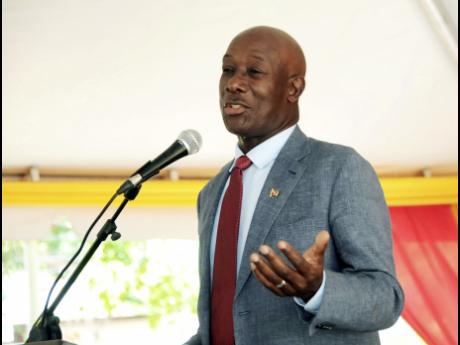 Wednesday's action follows Moody's rating action the day before in which the agency downgraded Trinidad and Tobago's government bond rating to Ba1 from Baa3 and changed the outlook to stable from negative.

Moody's said the rating downgrade "reflects the strong linkages between Tobago House of Assembly (THA) and Trinidad and Tobago".

It noted that more than 98 per cent of THA's revenues come from the central government, "which prevents THA from avoiding the same revenue pressures as felt by the sovereign.

"A factor of Trinidad and Tobago's rating action is the expectation that the material impact of sustained low energy prices and declining production from maturing oil and gas fields will continue to negatively affect its credit profile in the near to medium term," Moody's said.

"As such, a deterioration of Trinidad and Tobago's revenues will continue to have a direct impact on THA's budget," it said.

"Although THA relies on the central government for almost all of its revenue, it has considerable flexibility over its expenditures, which has allowed THA to maintain roughly balanced consolidated cash financing results through a delay on infrastructure developments," it added.

Moody's said while it expects a short-term deterioration in THA's gross operating balance, THA does continue to hold adequate levels of reserves, which are expected to amount to roughly TT$200 million in 2017.

The ratings agency further noted that the assigned rating is also supported by a strong level of oversight by Trinidad and Tobago. THA requires approval from the central government to contract financial long-term debt, Moody's said.

It said the stable outlook reflects its assumptions that THA will continue to be able to offset any further pressure arising from the expected weak growth in revenues and post roughly balanced cash financing results over the rating horizon.

"The stable outlook also reflects the belief that debt service payments stemming from the near-term completion of the Administrative Complex for Division of Agriculture P3 project will not impose undue budgetary pressure on THA," Moody's said.

"A deterioration of THA's operating balance along with negative liquidity levels, or a sharp and sustained increase in debt levels as a result of a change of the institutional framework, could also exert downward pressure on the rating," Moody's said.