New heads of agreement for management of Baha Mar 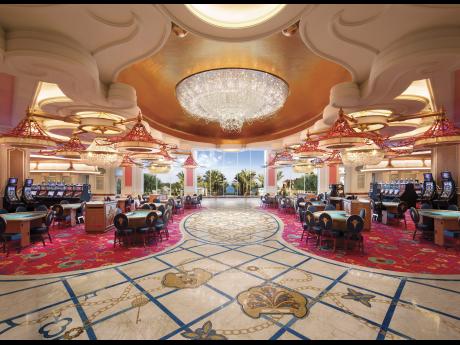 A section of the casino at the unfinished Baha Mar resort in the Bahamas is shown in this 2015 photo. The Bahamas government is predicting the creation of 5,500 jobs in company months as areas of the complex open for business. 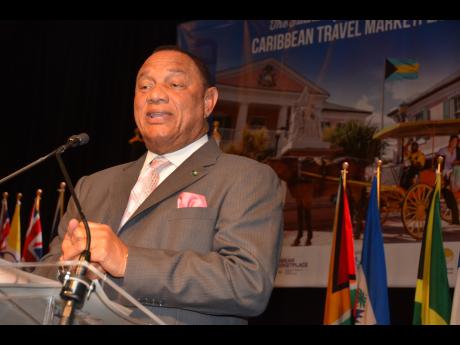 The Bahamas government says it has signed a heads of agreement with CTFE, a family-owned international business enterprise, regarding the management of the US$3.5 million Baha Mar project.

The announcement ended months of calls by the main opposition Free National Movement (FNM) for the government to publicly declare the owners of the property project which has been stalled for several months and missed at least two opening deadlines, after running out of money.

In a statement, the Perry Christie government said CTFE has significant assets, inclusive of the Rosewood Hotel Group which it owns, and other landmark hotels that it operates in the United States, Europe and other parts of the world.

CFTE operates over 60 hotels worldwide and has gaming investments and operations in Australia and other developments around the world.

Phase one of Baha Mar includes the Grand Hyatt hotel and Convention Centre totalling 1,800 rooms and 200,000 square feet of meeting space, a casino, and other amenities.

"The 95,000-square foot, world-class casino is the largest in the region, outside of Las Vegas. The 18-hole Jack Nicklaus Golf Course is a joint venture between the Government and CTFE, which provides for collaboration with the Golf Federation and access for Bahamians," said the statement from the Christie administration.

It said that in the coming months other facilities will open, including Rosewood and SLS, a luxurious spa, racquet club, restaurants, entertainment and shops set in 60,000 square feet of retail space.

The Christie administration expects that 5,500 new jobs will be created as the facilities open for business.

"The multiplier effect will see the creation of an even greater number of indirect jobs within the Bahamian economy. Bahamian entrepreneurs are already providing goods and services to the resort and its guests and this category will grow over the ensuing days and months," the government said.

Baha Mar is expected to generate over US$700 million in direct annual economic output and US$1.1 billion in indirect and induced output and to contribute over US$45 million in taxes annually, just from resort operations and national insurance contributions.

"The Ministry of Tourism is excited about a new era in our tourism industry as with Baha Mar's international brands like Grand Hyatt, 40 per cent of the Nassau and Paradise Island's total room inventory is now in the upscale and luxury product category, moving The Bahamas towards a more high-end, upscale market," the statement added.

Under Phase two of the project, Bahamas is projecting a 19 per cent or 315,000 increase in air passengers, relative to 2015.

The Christie administration is touting headway on the Baha Mar project in the run-up to general elections set for May 10.