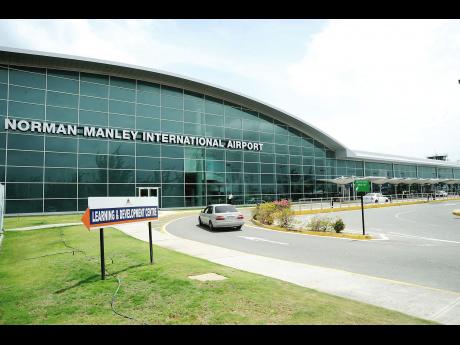 Nine entities have applied for prequalification for the Norman Manley International Airport (NMIA) public-private partnership in response to the government’s request, the Development Bank of Jamaica (DBJ) said.

The invitation was issued on February 20, 2017, and the request for prequalification closed on May 1, with the opening taking place later that day at the DBJ’s Oxford Road office in New Kingston.

DBJ Managing Director Milverton Reynolds said the NMIA enterprise team will now review and assess the submissions to determine whether they are substantially responsive to the government’s legal, technical and financial criteria as set out in the February 2017 request.

“We expect that the list of pre-qualified firms will be announced by the Government within several weeks and a request for proposal issued to them in June,” a release quoted him as saying.

“It is important to note that the full composition of each consortium has not been divulged at this time and therefore does not represent the full complement of each applicant,” Reynolds said.

“Those details will be shared when we announce the names of the firms which have pre-qualified.”

The pre-qualified firms will be allowed to conduct due diligence to support the preparation and submission of their bids which is targeted for November 2017. The government expects to announce the winning bidder by December 2017.

The Norman Manley International Airport is owned by the Airports Authority of Jamaica (AAJ) and currently operated by NMIA Airports Limited, a wholly-owned subsidiary of the AAJ.

International Finance Corporation, a member of the World Bank Group, is the Jamaica government’s lead advisor on the NMIA public-private partnership, with the DBJ the privatization agency and PPP unit acting as co-advisors and secretariat for the transaction.