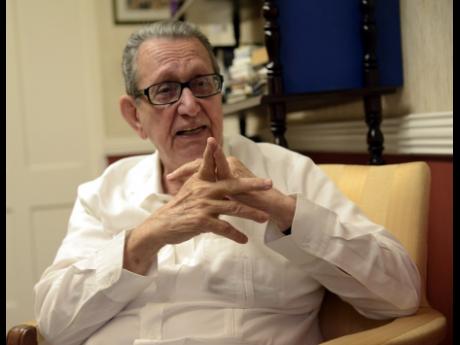 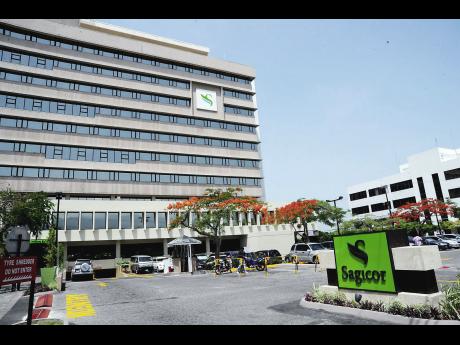 With a new man, Christopher Zacca, in the president’s chair at Sagicor Group Jamaica since Monday, retiring chairman of the financial conglomerate R. Danny Williams says overseas acquisitions could be the next frontier for the group that posted more than $11 billion in profits last year.

Sagicor bought a small insurance outfit in Costa Rica around five years ago and in the past weeks, outgoing president Richard Byles was in that Central American country looking after business.

At the time of the acquisition, Byles was reported as saying that based on the performance of the Costa Rica business, Sagicor Jamaica would determine how large its overseas footprint would be in the future.

But it’s unclear whether reality is living up to expectations, as Sagicor did not provide an update.

Williams was once the man who ran Sagicor, in its former iteration as Life of Jamaica, and was eventually selected chairman under the current Barbadian owners Sagicor Financial Corporation.

He will vacate the chairmanship in June to Byles, who is credited with steering the business from an insurance selling outfit to a diverse operation majoring in life and health insurance, pooled funds, banking, property and tourism.

The formal handover will take place at the June annual general meeting being held almost to the day 47 years after the firm was first created with Williams at the helm. This is the last meeting at which Williams will preside as chairman before assuming the ceremonial title of director emeritus, an accolade he has described as “a lovely compliment”.

He thinks the transition has been well-timed and that Zacca is a good pick.

“We shopped internally and externally. For the last two to three years, a committee of the board carried out a search. We looked at all the people who would be suitable to run a conglomerate like we have. We have very good people ­ Rohan Miller, Donovan Perkins ... . They were considered in the mix,” said Williams.

“You wanted someone with as wide a financial experience as possible. You don’t necessarily want an insurance specialist. Chris got very good reviews. He was well recommended and he comes with a right skills set and a breadth of financial experience,” he said, explaining the selection.

Williams alternated as chief executive and chairman of the enterprise since its formation in 1970. The financial meltdown of the 1990s which impaired the assets of several companies, especially banks, insurance and other financial houses, created the backdrop for the current complexion and structure of the business.

Results of the meltdown

The meltdown resulted in the Government pumping more than $3 billion into local insurance companies through share purchases through its bailout agency, FINSAC. In 2001, the Government’s stake in LOJ was bought by the conglomerate of Barbados Mutual and Life of Barbados, making it the owner of the single largest block of LOJ shares. The conglomerate rebranded to Sagicor Financial Group and LOJ was eventually rebranded Sagicor Life Jamaica in 2008.

The other 51 per cent of the conglomerate is held by Jamaicans, with PanJam Investments owning 31.56 per cent. The stock trades on the local market.

Williams credits Byles with having transformed the company from a life insurance sales outfit to a group operation. He is nonetheless nostalgic about the early days.

“We started a complete Jamaicanisation of the insurance industry in 1970. We ran the business well and survived the usual start-up problems,” he recounted, recalling that in those days, the foreign insurance companies where simply branch offices of foreign firms that shipped their profits back to Canada and Scotland.

Not even North American Life, the firm where he honed his skills in the industry would budge when he encouraged them to offer a stake in the company to the Jamaican public.

Among the memorable high points of his near 50-year relationship with LOJ and its successor, was the joy of seeing all staff members acquire shares in the wholly Jamaican-owned firm started with $2.5 million in capital.

The repercussions of the 1990s meltdown still stand out among the low points in his career.

“Emotionally, it was the low point,” Williams says of the cataclysmic events of the era when poor management decisions by some firms compounded a policy environment of underdeveloped institutional framework, inadequate financial supervision and regulation, high interest rates and high inflation as the Government of the day pushed through a raft of economic liberalisation measures and privatisation of state assets.

What is the salient lesson from this period, when LOJ, a company that was properly run by Williams’ account, had to be bailed out by Government funds? “Government must run a country properly,” he shot back. “The fact of the matter is that the meltdown of the 1990s was not the fault of the financial sector,” he insisted.

“The meltdown was entirely the result of the circumstances in the economy. It is not possible for financial organisations to be subject to that kind of situation (where) interest rates were 80, 90, up to 100 per cent. The whole bad management (of the economy) led to meltdown and depreciation in assets. The only thing you can do in a case like that is get more capital to salvage the company, recapitalise and make it solvent.”

The emotional pain for Williams was no doubt compounded by the fact that the Government at the time was being run by the political party for which he had served as a senator, minister of state and minister of commerce during the 1970s, when he took leave from LOJ admittedly to help then Prime Minister Michael Manley bridge a gap of misunderstanding with the local private sector.

“Significant attempts were made to advise the Government before the meltdown. The advice was not taken,” Williams says. “It was depressing, but we never allowed it to depress us,” he added, confident that the conglomerate model with its many mergers and acquisitions has served his initial company well in recent years.

“The whole expansion from an insurance company to a larger financial institution came largely during Richard’s tenure, and he must be given credit for that. When we merged with Pan Caribbean, it put us into the banking and securities investment business,” the chairman said.

What’s next for Sagicor Jamaica?

What’s next for Sagicor Jamaica? “The Sagicor X Fund has expanded quite heavily into the hotel business. We have to look abroad. I have no doubt that we will expand the hotel arm, banking arm, make acquisitions if they are available that has to be the vision for the future.”

Sagicor Real Estate X Fund is a vehicle through which Sagicor invests in hotels and commercial properties. Its dealings are mostly local, but one of its hotels is located in Florida.

Williams adds that Costa Rica is just starting to mature, focusing on the pension and group insurance business.

What does retirement mean in practical terms for R. Danny Williams?

“It’s time for me to take it a little easier. I am 83 in July,” he said. “Most people roll out before that time,” said the insurance veteran and business mogul who retired from executive positions about two decades ago.

Williams still works “nine or 10 hours a day”, running his small office that administers what he admits is a “substantial” private investment portfolio of stocks, bonds and real estate; helping to raise funds for Jamaica College, where he was board chairman for 11 years, and has a led a fundraising and investment initiative to the tune of half a billion dollars.

He plans to stay active in business and his private charity work.

“In theory, I retired 21 years ago, (but) I am the sort of person who has to be occupied,” Williams said. “I am constantly expanding my personal investment portfolio and looking for safe investment opportunities.”

He makes the case that he has to keep earning to take care of his family, which he reckons to be large, with five living of six children, 19 grandchildren and 20 great grandchildren, with two more on the way.

It has been a long journey for Williams, who started selling insurance some 64 years ago on April 1, 1953.

“My parents were not wealthy people. My mother was a dressmaker and my father was a clerk at Jamaica Public Service Company. I was always short of money and glad for opportunity to earn some extra dollars,” he said.

He eventually got into the door at North American Life, at 19, where his work ethic, alongside his pursuit of academic studies, helped him up the corporate ladder.

At the same time as he pursued his insurance career, Williams was also pursuing his own businesses.

“Probably the best thing I did was marry the woman I married. My wife and my father took care of my personal businesses, including paying the bills and filing tax returns, income tax returns,” he said. Williams married Shirley Mair in June 1954.

“My wife ensured that I made time for my family. She supported all my efforts made it easier for me to do all the things I had to do,” he said.

UPDATE: This story has been updated to correct the age at which Danny Williams joined North American Life and to remove incorrect reference to a Scotiabank directorship.