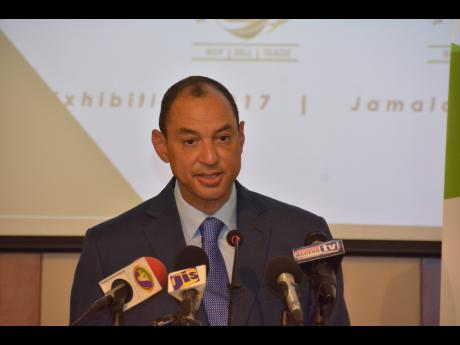 GraceKennedy has exited its decade-old investment in Trident, a general insurer based in Barbados, and is reporting a gain from the sale of its 30 per cent stake in a deal finalised on Monday.

In 2007, GK Financial Group invested US$1 million in the Barbados company, which translated to $69 million at the time. Wehby said the investment had paid for itself over the decade, and that the sale proceeds would be reported as a gain.

Wehby said GK decided to offload Trident so as not to hamper current plans for regional expansion of its financial services.

"It wasn't a bad buy, but strategically, it wasn't moving in the same direction that we want to move," the GK boss said. "What would have happened if we had maintained our interest in Trident is that I foresee that there would have been some amount of conflict, because we're using a different vehicle to expand."

In 2014, The GK Financial Group assumed controlling interest in GK Insurance (Eastern Caribbean Limited) and has since been approved to also operate in St Vincent and the Grenadines, Antigua & Barbuda and Grenada.

"That is the vehicle that we're going to use to strategically expand throughout the English-speaking Caribbean," Wehby told Gleaner Business, adding that their former Barbadian partners are on board with the direction.

"It was a mutually agreed position that we would divest our 30 per cent and use the proceeds from that sale to drive the continued growth in the English speaking Caribbean through our investment in St Lucia," he said.

The conglomerate otherwise remains invested in Barbados' financial sector through the Signia Financial Group, and as noted by Wehby, continues to look for opportunities to expand operations there. He adds that the divestment of Trident allows GraceKennedy "to be more focused and aggressive because there is going to be no conflict along the way".

As for the wider expansion programme and initiatives in and outside Jamaica, Wehby said more changes are to be rolled out over the next six to 18 months.

"A lot of announcements will be made about our strategic plans on which I will expand at our AGM on May 31," he said.