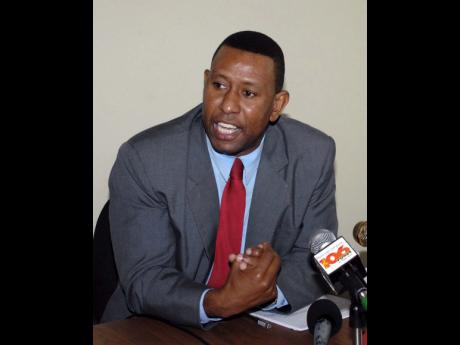 The Court of Appeal has denied an application by Gorstew Limited to challenge a Full Court ruling barring a judicial review of the acquittal of three former executives in the billion-dollar ATL pension fund case, dealing another setback to the company in its near three-year quest for a criminal retrial of the executives.

However, the appeal court, in a May 4 judgment written by President Justice Dennis Morrison, is allowing Gorstew to appeal the Full Court's November 4, 2016 order that the company pay the executives' legal costs.

It was Gorstew's third attempt seeking leave for judicial review of a decision by then Resident Magistrate Lorna Shelly-Williams, who upheld a no-case submission and freed former ATL executives Patrick Lynch, Catherine Barber and the late Dr Jeffrey Pyne of criminal charges in June 2014.

Attorney Hugh Wildman, who appeared with Douglas Leys, QC, for Gorstew, told Gleaner Business on Tuesday that they are now preparing an application seeking the court's approval to take the matter before the Privy Council.

On November 4, 2016, the Full Court, to which Gorstew next resorted, upheld the decision of Justice Lawrence-Beswick.

Lynch, Barber and Pyne were tried for fraud between April 2013 and early June 2014. At the heart of the case against them was the contention that they fraudulently paid out funds from ATL's pension fund, of which Gorstew was the founder, without the company's consent.

On June 3, 2014, Shelly-Williams upheld a no-case submission and dismissed all charges against them.

"Let me just say, first of all, that I think I have given myself too little time in relation to this matter. I had hoped to give persons copies of the decision. It's not going to be possible. In fact, we do have a court reporter in court so whatever is going to be said will be recorded. So you can, in fact, get it from the court reporter. Okay?," commented Shelly-Williams at the outset of her ruling, which was given orally.

Three months later, on August 28, 2014, Gorstew asked the court for permission to apply for judicial review of the resident magistrate's decision by way of, among other things, a declaration that her statement that she needed more time to go through the evidence and that it was a work in progress, amounted to jurisdictional errors, rendering her findings and the subsequent verdict null and void.

Justice Morrison noted that Justice Lawrence-Beswick found that the entirety of Shelly-Williams' reasons showed she had accorded the case the proper consideration, and that "taken as a whole, the repeated references to time in the judgment of the resident magistrate appear to be in reference to the production of copies of her decision and not the decision itself".

He said that save for the contention that the resident magistrate failed to take sufficient time to consider her decision, it seems that Gorstew's complaints all fall within the category of non-reviewable errors of law made by an inferior tribunal.

Even if Gorstew is correct in thinking that the challenged decision was wrong in law, it was plainly a decision made within the resident magistrate's undoubted jurisdiction to hear the submission of no case and to assess whether it was made in the light of the evidence adduced by the prosecution, Morrison said.

Right or wrong, it was a valid decision and therefore non-reviewable, he added.

As it relates to costs of the Full Court hearing, Justice Morrison indicated that Gorstew was wrongly denied the opportunity to make a written submission.

"I think that it is strongly arguable that the Full Court ought to have afforded the applicant (Gorstew) the same opportunity before making an order for costs against it," he said.

Wildman said Gorstew had been allowed to state its case on costs in the case heard by Justice Lawrence-Beswick, but was not afforded the same opportunity by the Full Court.