Jamaica giving up $1.9b annually in bauxite levy 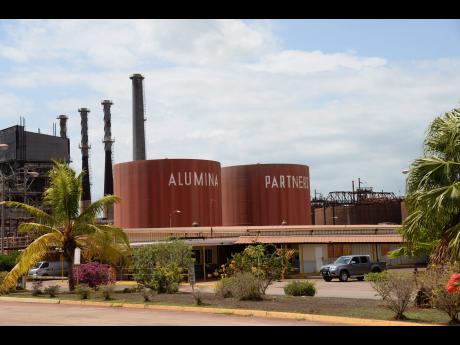 File
The bauxite-alumina refinery, Alpart. The Jamaican Government will forego the bauxite levy payable by new Alpart owner JISCO, citing the US$2 billion of investments planned by the Chinese company.

The Government will be giving up about US$14.6 million, which equates to nearly $1.9 billion annually, as a result of its decision to grant exemptions on the bauxite levy as part of a tax regime overhaul for extractive industries.

This has left the bauxite sector undertaxed and potentially undermining the hard-earned gains from the elimination of a range of tax incentives in 2014, according to the International Monetary Fund (IMF), referring to one of the quantitative performance criterion under the then Extended Fund Facility.

In its April 2017 country report on Jamaica, the Fund also noted that in January, the Government had to on-lend US$27 million ($3.5 billion), representing 0.2 per cent of gross domestic product (GDP), to settle the arrears of the Clarendon Alumina Production (CAP), further highlighting the need for better monitoring and control over public bodies.

“The recent decision to provide discretionary waivers by further widening leftover exemptions on the bauxite levy created a revenue loss of over 0.1 per cent of GDP per year, leaving the bauxite sector undertaxed and potentially undermining the hard-earned gains from the elimination of a range of tax incentives in 2014,” the IMF said.

The opportunity cost of US$14.6 million, or 0.1 per cent of GDP, is based on Financial Gleaner calculations using 2017 estimate of Jamaica’s US$14.6billion GDP provided by Global Finance and sourced from the IMF’s World Economic Outlook 2016.

The Fund’s staff stressed that Jamaica should continue striving for a broad-based tax system with transparent and equal rules, while avoiding discretionary waivers for particular sectors or industries.

The staff indicated that the Jamaican authorities noted that the recent changes are part of a tax regime overhaul for extractive industries where the sector will shift towards profit taxation in the medium term.

Referring to the funds on-lent, the IMF report said the Government has established a contractual repayment schedule between CAP and the central government, with a view to fully repay by June 2019.

As a new structural benchmark under the current standby arrangement, the Government has also established a programme ceiling on the accumulation of new domestic arrears for CAP and six other large public bodies – the National Water Commission, Jamaican Urban Transit Company, Housing Agency of Jamaica, Urban Development Corporation, National Road Operating and Constructing Company, and the National Health Fund.

In addition, the Ministry of Finance said it will complete a financial operation and fiscal risk analysis for those entities by the end of March 2018, and proposed to expand the Government’s statement of fiscal risks to include the seven public bodies, starting in September 2017.

Last week, Opposition Leader Dr Peter Phillips, referring to the waiver on the bauxite levy, told Parliament that the purpose of the omnibus fiscal incentives measures of 2014 was to establish a level playing field as it relates to various sectors in the economy, so no particular sector was privileged and so there could be predictability in the taxation regime.

He said the prices of aluminium on the London Metal Exchange are the highest they have been in a decade, “and we in Jamaica are foregoing the levy at the very point when we should be prepared to reap the benefits for the sacrifices that were made from 2008 and beyond”.

Phillips said “it gives cause for concern ... first of all, because while we are relieving the bauxite industry we are putting taxes, heavy burden on the ordinary Jamaican taxpayer. It's not right."

Second, he said, "We seem to be reintroducing a pattern of discretionary waivers exercisable at the whim of the incumbent minister from time to time," adding that "we don't want to go back to a regime which depends on the whim, whether of a minister or of a particular administration. The growth which we all seek is best preserved by having a transparent, predictable system of taxation".

Phillips, who was finance minister under the last People's National Party administration and who steered the economic reform programme under the Extended Fund Facility, said "we don't want to go back to the situation where you have a few privileged, what you might call tax-preferred sectors, that enjoy negotiated concessions while the vast range of other sectors, non-preferred sectors, are subject to effectively a higher effective rate of taxation".

He added that "these gains required extensive negotiation during the period of economic reform after 2013-2014. They were supported by our international partners and we ought not now to depart from that regime".

Finance Minister Audley Shaw responded that the Government has made a decision to forego the levy income with Chinese outfit Jiquan Iron and Steel Company (JISCO) for five years, noting that the company would be investing more than US$2 billion. JISCO are the new operators of Alumina Partners of Jamaica in Nain, St Elizabeth.

Phillips agreed that the waiver to JISCO was acceptable, given that it is a new investment.

Shaw said that in the case of Noranda Bauxite Company, which operates out of St Ann, there existed a situation where it was about to shutter the business "and we therefore had to find a creative basis on which to keep it operating, and, in that case, it went beyond the issue of just a waiver of the levy, (because) we negotiated profit-sharing out of the Noranda situation."